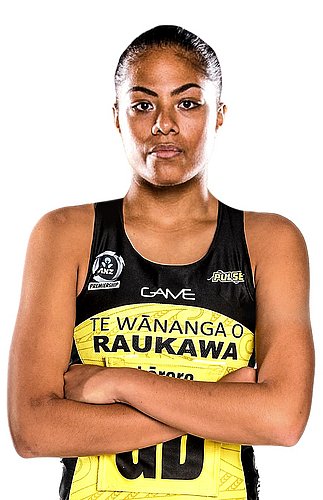 Powerful defender Kristiana Manu’a and versatile attacker Binnian Hunt will turn out for Te Wānanga o Raukawa Pulse in next year’s ANZ Premiership netball league after being recruited from Australia.

Manu’a, 25, has been a regular with Giants Netball, who were the beaten finalists in this year’s Australian Super Netball league, for five years, while Hunt, 23, has been part of the Sunshine Coast Lightning’s programme for the past four years as a training partner and more recently a fully-contracted player.

Both have strong family links to New Zealand, with Manu’a now looking forward to renewing her connection with Wellington, the city of her birth, which she left as a baby when her parents moved to Australia while Hunt was born in Australia after her parents shifted across the Tasman from South Auckland.

The 1.82m and strongly-built Manu’a, who is predominantly a goal defence but capable of playing all three back court positions, represented Australia at age-group level in NSW but made her elite level domestic debut in New Zealand with the Magic in 2015-16 during the former trans-Tasman league.

She was part of the Australian Diamonds team for the 2016 Netball Quad Series but having not played for them since is eligible for New Zealand selection and doesn’t count as an import.

Nervous and excited, Manu’a is looking forward to the challenge of immersing herself in New Zealand netball while the opportunity to work alongside Pulse specialist and former Silver Ferns coach Wai Taumaunu was a major drawcard.

``Obviously getting to work with one of the best defensive coaches was a massive con in my move and I’m looking forward to see what we can do collectively as a defence group,’’ she said.

``I’m a massive fan of the way New Zealand plays offline netball and hopefully having the chance to be coached in both will be a real benefit.

``I am so grateful for my time at Giants Netball and appreciate everything I have achieved in the past five years, but for me as a player this was the best decision for me at this time.

``I’m just really looking forward to being a part of Pulse 2022 and can’t wait to cross the ditch in November.’’

Developed through the junior pathway in Queensland, the 1.83m Hunt, a dual Australia/New Zealand passport holder, is a naturally gifted attacking player who has added wing attack to her shooting resume in recent times. Her height, speed and agility make her a handy asset in the front three attacking positions.

She also comes from a strong family sporting pedigree with one brother being a former Queensland Reds Super rugby player and another currently plying his trade in the NRL with the Newcastle Knights.

Coach Yvette McCausland-Durie is delighted with the experience and variation the final two signings will bring to the Pulse’s roster for 2022.

``In terms of our game style, they bring a point of difference to our unit,’’ she said.

``Kristiana has got height, mobility, is aggressive in hunting for ball and she brings that one-on-one style which we’ve worked hard to try and add to our game in recent years.

``Binnian is six-foot tall, so as a wing attack/goal attack, she offers a real point of difference. With our other personnel who can also play in the wing and goal attack positions, she has the ability to provide variation and good slide cover across the two attacking positions.

``They also bring with them an Australian style of play and that will really add value to all of our players and us as coaches, just the ability to learn from them as much as they learn from us about the styles that we have.

``The other piece for us in making all this a good fit is that they’re eligible for New Zealand and that gives us as a franchise the ability to add value to the national programme.’’