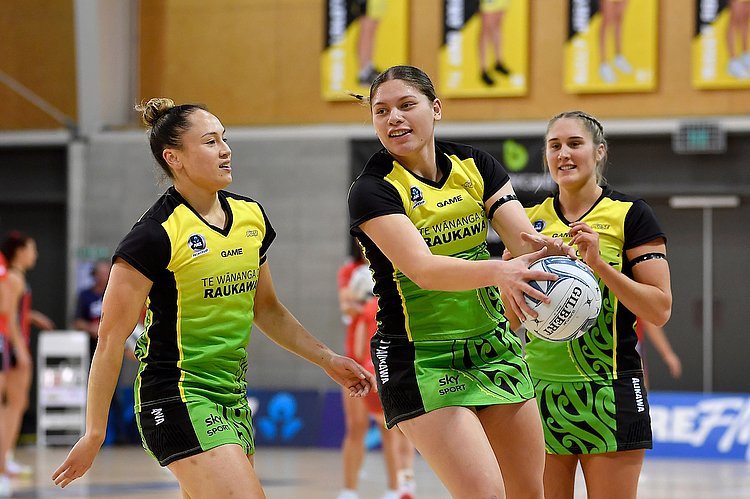 The in-coming pair will join the well-performed returning midcourt trio of Whitney Souness, Maddy Gordon and Paris Lokotui while rangy defender Kelly Jury will also be back in yellow and black.

``We’re delighted to have those four returning players back in the fold,’’ Pulse coach Yvette McCausland-Durie said. ``They are key figures from a performance perspective and add consistency to our mix for next season.

``Whitney and Maddy are dynamic midcourters with their flair, creativity and ability to run all day while Paris had a memorable debut season in 2021 which was rewarded with her selection in the Silver Ferns Development squad.

``Kelly has added to her repertoire with the ability to now play both in-circle defensive positions and offers us a real point of difference. The same can be said for Amelia and Temalisi, who we believe will add variety and depth and we’re excited to welcome them on board.’’

Jury and Gordon were recently named in the 2021/22 Silver Ferns squad and Souness, the Silver Ferns Development squad.

The teenaged Walmsley, currently a student at Howick College, made headlines this season when filling in as a temporary replacement player for the Tactix, when they were briefly down on shooting numbers.

The 1.92m 17-year-old shooter, a top performer for the Northern Comets in the National Netball League, showed no signs of nerves when making her debut in top company, remaining unfazed to hold her own admirably while calmly slotting goals with all the poise of a veteran.

In a few short months after what has been a whirlwind turn of events, Walmsley will swap her school uniform for that of an elite level netballer after three outings for the Tactix with her appetite suitably whetted.

``I had been hoping to get a contract and I was just so excited and really thrilled despite it still being a real surprise,’’ Walmsley said of her rapid rise.

``The prospect of moving away from home made it a tough decision initially but I soon overcame that when I realised what an amazing opportunity it is. Yvette and the Pulse management have been really supportive, so it’s all set up to be as seamless as possible and I’m really excited.

``I’m just looking forward to being able to experience what it’s like to officially be in a team in the ANZ environment and to keep developing as a player.’’

Predominantly a goal shoot, Walmsley has been dabbling with goal attack at school level and hopes to build on that facet as her career progresses.

A fearsome defender at her best, Fakahokotau, 26, is at the other end of the playing spectrum after chalking up 93 elite level domestic matches during stints with the Mystics, Tactix and Magic. After a couple of quiet seasons, the blockbusting last line of defence is ready to reimpose herself and feels the Pulse will offer that opportunity.

``I’m just really excited, the Pulse is a massive franchise who have been very successful with the programme they’ve got going on there,’’ Fakahokotau said.

``This season (Magic), obviously did not go the way I wanted it to and going to the Pulse my goals are definitely to get fit, faster and stronger and I know that moving down there, their fitness is out the gate, and that is a great prospect for me.

``They’ve got awesome defensive coaches and I’m just looking forward to being in an environment that’s able to push me and take me to the next level. And at this stage of my career, I feel that the Pulse is the best place to be to offer me those opportunities.’’

Netball Central have paid tribute to Claire Kersten and wish her well as she sets off on her new netball venture. Pulse CEO Fran Scholey acknowledged the contribution the midcourt stalwart has provided over many years of dedication and exemplary service to the Pulse and Zone including the vital leadership role she played this year.

She also thanked shooters Te Amo Amaru-Tibble and Ivana Rowland for their hard work and contributions during the 2021 season.

Teenaged defender Parris Mason has been signed on as a training partner for next season.