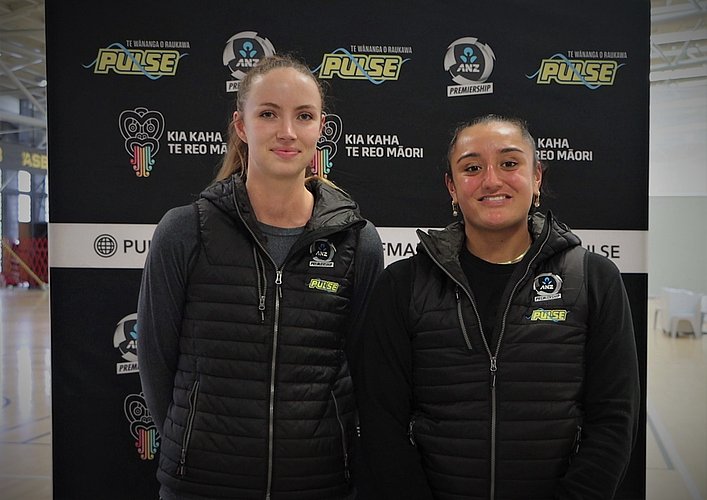 Playing at opposite ends of the court and with equally different personalities, the pair was delighted to be chosen for the series against England, Australia and South Africa which will act as key preparation for the Birmingham Commonwealth Games in July.

After leaving a suitably impressive imprint in her debut series against the England Roses earlier this year, Metuarau, 20, is itching for more as she looks to add to her explosive arsenal in the early stages of her international career.

``This is going to be my first overseas tour with the Silver Ferns and the first time I’ve been back to England since I was a little kid, so I’m very excited,’’ said Metuarau, who was born in England.

``I’m constantly learning new things every day, there are so many things I need to improve on but I want to be on court and I want to be able to put out consistent performances and take every opportunity with two hands, so it is still a learning curve and I’m just very grateful to be going on this tour.

``I’m so happy that Kelly is going to be on the tour as well. She’s so hard-working, never complains and gives everything 100 percent so no one’s more deserving and I’m really stoked that she’s coming along.’’

Long-limbed defender Jury, 25, last played in a Quad Series in the UK in 2017, and is also looking forward to getting back into the touring groove.

``I haven’t been over to England in a few years now and I feel really ready to go over there and compete against those teams in the Quad Series,’’ she said.

``All the teams have had different challenges and disruptions that they’ve had to deal with, so all countries have had to work hard to put a team together for London.

``It’ll be pretty cool to have my mate (Tiana) over there as well. She’s the ying to my yang and we’re looking forward to a great tour together.’’

Dynamic Pulse midcourter Maddy Gordon was ruled out of selection with a minor knee injury and will undergo a managed programme to return to the court.