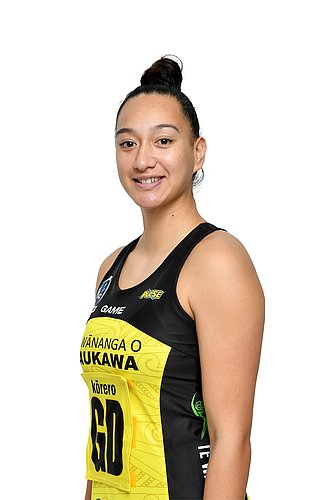 Defender Courtney Elliott has been named, along with shooter Khiarna Williams, as Pulse training partners for 2023. Photo: PhotWellington

Elliott, 23, was a replacement call-up for the Pulse in 2022, returning to New Zealand after plying her trade out of Townsville in the semi-professional Queensland State League. After turning out for the Steel and Mystics between 2018 and 2020, a lengthy illness-enforced stint on the sidelines hampered Elliott’s progress with the Pulse but she presents with a strong background.

Elliott was the New Zealand Secondary School Player of the Year in 2016 and was a member of the 2018-19 Silver Ferns Development Squad. Predominantly a goalkeeper in her formative years, the 1.80m Elliott has since started the transition out to goal and wing defence.

Not yet out her teens, exciting young prospect Williams had her momentum stalled when injury ruled her out for the entire 2022 season.

Continuing her impressive upward trajectory, Williams was set for a third campaign with the Magic in 2022 before injury intervened. Getting her first taste of elite level competition as a 17-year-old, Williams was far from over-awed while showcasing her fine athletic movement, strength in the air and willingness to put the shot up.

Highlighting her pedigree, Williams first played in the National Netball League (NNL) team as a 14-year-old in 2017, the same year as she made the NZSS team while also playing in the 2020 Cadbury Series as a member of the NZU21 Squad.

``Khiana is one of the most exciting young shooting prospects in the country with great athleticism and shooting ability combined with a cheeky flair for the game that we think will fit in nicely with our Manawa (NNL) and Pulse approach,’’ Wai Taumaunu, Netball Central Director of High Performance, said.

``Courtney also has real potential. She arrived late for the 2022 season and got limited court time but we were impressed with what we saw for that short period and we are hoping to see ongoing improvement with more training and court time.’’

The Pulse are delighted that their two 2022 training partners have secured contracts for next year. Young defender Parris Mason continued her growth with a fine season for Central Manawa to earn a full contract with the Pulse for 2023 while her team-mate, shooter Grace Namana has also been signed on for a yet to be revealed team.

A lawyer, Namana had an impressive 2022 season when winning the NNL title with Manawa while also adding cover for the Pulse, Magic and Mystics during an illness-affected ANZ Premiership. She capped her strong contribution with inclusion in the Mixed Invitational team for the recent Cadbury Netball Series.