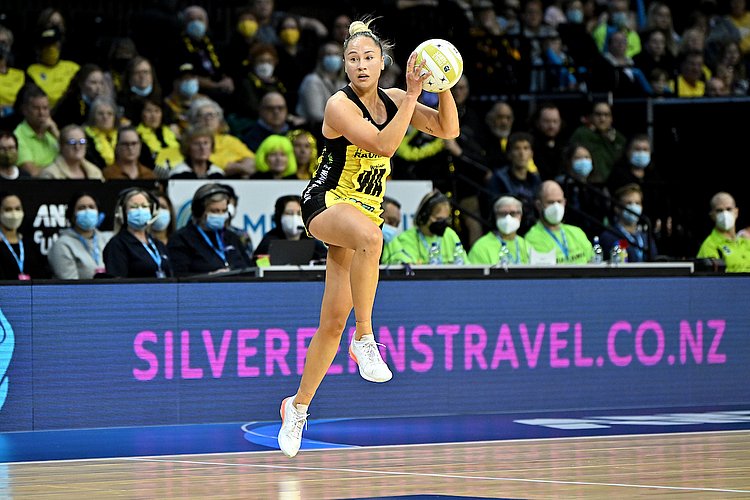 Back in black, Pulse midcourter Whitney Souness is relishing the opportunity of adding another string to her bow. Photo: PhotoWellington

Daunting for some, the challenge of playing a new position at her first pinnacle event is about as good as it gets for gifted Te Wānanga o Raukawa Pulse midcourter Whitney Souness.

Selected for the Silver Ferns to contest the Commonwealth Games netball tournament in Birmingham later this month, Souness has had a chequered international career but, in the form of her life, is now ready to show her worth.

Souness excelled from the pivot’s position of wing attack in the ANZ Premiership-winning Pulse team this year where her dazzling speed, nifty footwork, pinpoint feeds and disruptive defensive work were consistently effective hallmarks.

``The midcourt’s really hard to get in to, everyone’s super fit, super skilled, so I just tried to be really clinical with my game this ANZ season,’’ she said.

``I just had fun this year and I think that helped me play more consistently at my best and just play a bit more freely.

``I was happy with how I went. There’s always something to work on but compared to other years I felt this year was a good year. Having a leadership role at the Pulse has helped, helped me find my voice a bit more while maturity in my game and my personal life have played a part.

``I think I’ve been better with keeping that good balance off-court and I’ve been big on making sure I enjoy things outside of netball and having other passions. I’ve had a good balance with that and I’ve finally found a middle, for me.’’

Making her test debut in 2017, Souness, 26, has been in and out of the Silver Ferns since, last appearing in the Constellation Cup series against Australia early last year, and to date has accumulated 14 international caps.

Earmarked for a bright future from a young age where her skillset has never been in question, stability, maturity and experience have now united to leave the midcourt dynamo well-prepared to embrace the change to centre for the Commonwealth Games campaign.

``And that means also making different decisions at different times but I’m finding from the centre position my vision’s more open (rather than coming off the line at wing attack) which means playing a bit more freely.

``If I’m to play a new position, then I’ll learn it and give it my all. It’s pretty cool, I’ve always wanted to have some more time at centre, so I’m happy to learn all there is to know and give it a real go.

``I think with me enjoying ANZ so much this season, I’m able to bring that into the Ferns environment and have a different perspective in how I play and how I contribute to this group. I feel more confident in who I am and how I play that I can try and stay in here (Silver Ferns) and not keep coming in and out.’’

The significant shifts in her life balance have left a notable impression on Silver Ferns coach Dame Noeline Taurua.

``I think that happens with younger ones, especially when they’ve been in the system and when they don’t get in, they find other things in their life of importance or value and then they know what the balance is and I think Whitney is at that time in her life where she’s got a nice balance,’’ the coach said.

``But also relating to that, she’s a hard worker, both on and off court, and you’ve got to have that mix right. I think she’s got the mix, she’s really open to learn and her confidence, even to play centre at an international level, I’m not at all worried about, so I’m really excited by what we can do with her.

``She offers us speed in the midcourt, that feed into the circle and a touch of the ball which is different. And I actually think she’s got a bit of mongrel and you can see when she has that fire in her eyes, so that’s another thing she brings to our midcourt.’’

Helping put the polish on their Games preparation, the Silver Ferns will meet NZ A, NZ Men and a Mixed Invitational team during the Cadbury Netball Series to be staged in Auckland from Wednesday to Saturday this week. All matches will be screened live on Sky Sport.