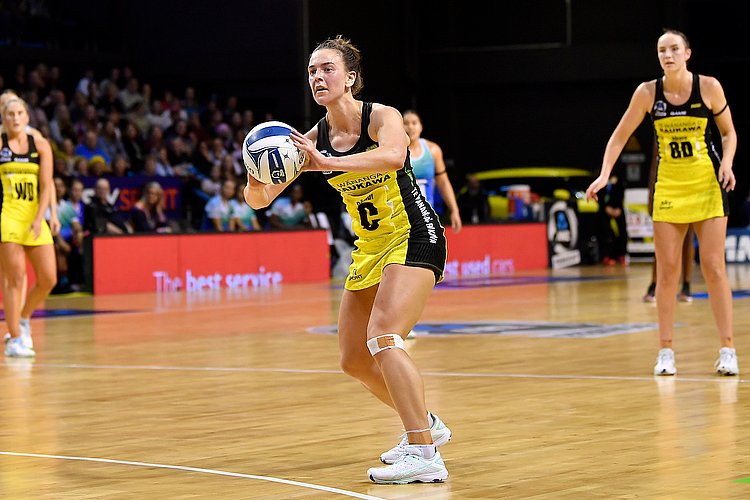 The arrival of Claire Kersten as captain of Te Wānanga o Raukawa Pulse in the 2021 ANZ Premiership netball league is the backend story of a career based on diligence, persistence and resilience.

Those attributes have paid off in spades for the midcourter with the big engine, ultra-competitive streak, strong work ethic and calm demeanour, who found her calling in the challenging world of semi-professional netball much later in life than most of her contemporaries.

Always capable, always reliable, Kersten is the quintessential team person and now 14 years after her one and only stint as a captain, when assuming the position with the Palmerston North Girls High School Senior A team in 2007, in her last year at school, she gets another shot.

Kersten, 31, has plenty of stored up mileage on the experience front from her lengthy time at the coalface, balance being her key phrase for the change in status. Part of the Pulse leadership group in recent years, vice-captain of the World Series-winning FAST5 Ferns in 2018 and a Silver Fern has left Kersten well-primed to now forge her own path.

``I’m learning how to balance the captaincy,’’ she said. ``It wasn’t something I’d put that much thought in to previously.

``All of a sudden you feel more responsibility but I’ve done a lot of talking to a lot of different people and most of them have said, your performance out on court is still a really major part of being in that role and sometimes you can forget that.

``Being yourself and being real is important. I won’t change and become something I’m not just because I’m captain, that wouldn’t sit right at all.’’

First making the Pulse in 2013, as a 23-year-old, Kersten has been a loyal servant, spending her entire career at the elite level with the Wellington-based team, but there were challenging times in the early years.

After being in-and-out of the side, Kersten has experienced all the highs and lows of a storied Pulse journey. Getting regular court time resulted in a breakout season in 2017, from which she has gone from strength-to-strength.

A top-quality wing defence, Kersten moved to centre in 2018 with impressive results, her attacking game rising to new levels in 2020, underlined by her physical and mental strength along with her skillset.

For now, all that expertise is being channelled into getting the best out of her Pulse side, who are coming into the defining point of their season. For all but one of their nine games this season, the Pulse have proved very competitive but outright wins have been elusive. A season-equalling record of five bonus point losses has left a bitter-sweet taste.

``It’s certainly a mixed feeling,’’ Kersten said. ``It’s better than no points but it’s frustrating as well because we’ve been so close so often.

``We’ve started to feel our combinations are gelling better, we’re more confident and we have made some really good progress when we look at where we’ve come from to where we are now, it’s just unfortunate that we haven’t seen that in the form of a few more wins.’’

In their one major blowout this season when they lost by 11 goals, the Pulse get a second crack at the high-flying Northern Mystics in Auckland on Sunday, knowing full well what’s in front of them.

``You always know, that no matter what stage of the game you’re at with them, is how quickly they can score and that is the big threat that they pose,’’ Kersten said.