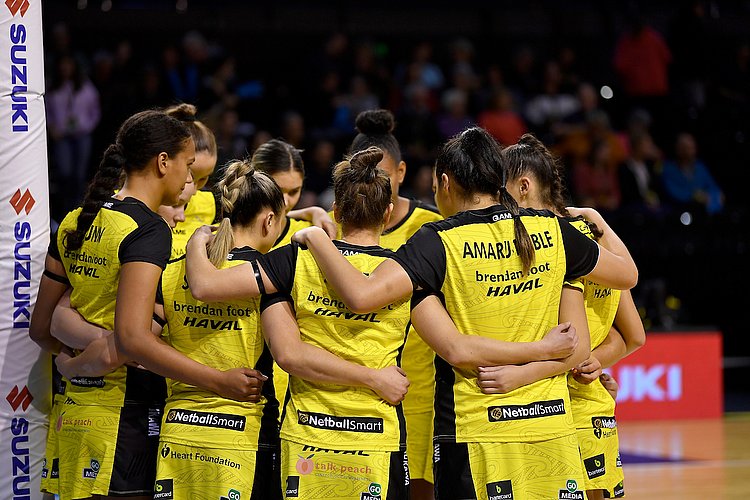 Te Wānanga o Raukawa Pulse were handed a sobering lesson and face growing pressure to seal a spot in the play-offs after being outclassed 64-51 by the Northern Mystics in Auckland on Sunday.

After hitting the first break with a four-goal lead, there was no looking back for the Mystics, who were clinical on attack and always threatening on defence as they dominated across all facets to build on their lead throughout.

Captain Sulu Fitzpatrick was an inspiring figure for the home side, leading the charge from the defensive end to clinch five individual intercepts while at the other end teenaged shooter Grace Nweke was almost unstoppable in pocketing a personal haul of 54 goals.

There was little to cheer about for the Pulse, who were forced into multiple changes as they sought to inject extra spark on attack. The switch of Whitney Souness to goal attack paid some dividends with the visitors’ producing a competitive second half but by then the damage had been done.

``The Mystics thoroughly deserved their win today. We knew that if we were going to take this game, we had to have our full court firing and I thought for parts of our attack during the first half, we didn’t have that,’’ Pulse coach Gail Parata said.

``In the second half, I was much happier with it. When Whitney moved into goal attack, it really opened up the attack, the speed of the attack and worked favourably for us.’’

The Mystics were reunited with their preferred starting line-up with the return from injury of wing defence Fa’amu Ioane while the Pulse opted to start captain Claire Kersten at wing defence with Maddy Gordon picking up the centre’s bib.

There was plenty of nip and tuck to open proceedings, a succession of turnovers both ways ensuring a tight and even start.

Both defensive ends held sway in limiting any free-flowing play with respective goalkeepers Fitzpatrick impressing for the home side while Kelera Nawai had a promising start against towering 1.93m shooter Nweke.

However, the Mystics increasingly found their groove and their target of Nweke who shot a flawless first quarter. The Pulse were let down by a succession of errors as the home side went into the first break with a 13-9 lead.

The Mystics defensive unit caused the Pulse all sorts of problems on the resumption, the home side flexing their muscle in a dominant 15 minutes.

Fitzpatrick and her off-sider Kate Burley, with four intercepts between them, were all over the visiting shooters, who faced a torrid time under the hoop. There were no such problems at the other end, the pin-point feeding of Peta Toeava and Tayla Earle into the safe hands of Nweke helping the home side build on their lead.

With the Pulse’s Aliyah Dunn heavily marked, Te Amo Amaru-Tibble shouldered her share of the shooting load while Gordon, who reverted to centre midway through was a busy presence. But there was no slowing the Mystics’ march as the home side powered into the main break with a 30-21 lead.

Filda Vui took over from Bailey Mes for the home side in the second half but there was little respite for the Pulse. Swarming through-court defence from the Mystics continued to play havoc with the Pulse’s momentum while shooting wobbles did not help.

With five minutes left in the third stanza and a last throw of the dice in a bid to resurrect their diminishing fortunes, the Pulse rang the changes. Creative attacker Souness shifted across to goal attack for Amaru-Tibble while Gordon went to wing attack and Abby Erwood came off the bench and into wing defence.

The Pulse were able to compete on level terms from that point but faced an uphill battle when the Mystics took a 47-36 lead into the last break.