Pulse keen to finish at home with a bang 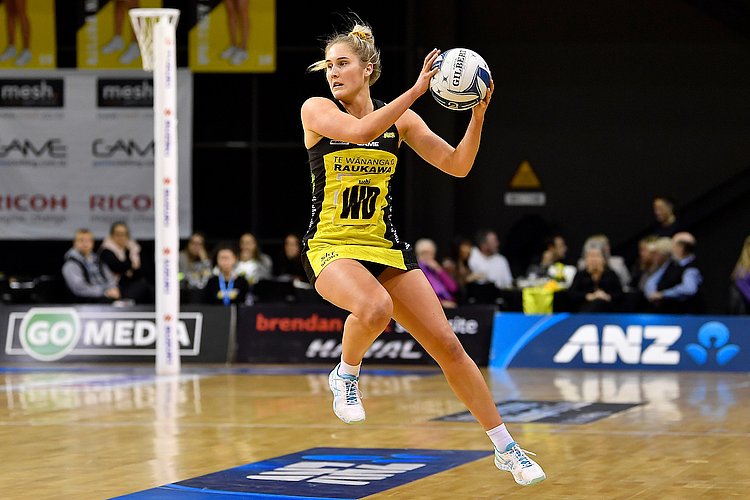 Gordon, 21, had a dream introduction to her ANZ Premiership career when she helped the Pulse pocket back-to-back titles in her first two years. Coming into her third season in 2021 has delivered a different scenario, the challenges coming thick and fast in what has been a bumpy ride for the team.

Exuding boundless positive energy, both on and off the court, the bubbly Gordon has the simple attitude that there’s always something to play for and you never give up, adamant that experiencing both sides of the equation can only be good for her.

``It’s obviously been tough coming from winning a lot to not winning so much but I think it’s a great learning curve to grow players on and off the court,’’ she said.

``We’ve had a lot of new players in this team, people playing new positions and it’s been a great experience to build new combinations, new connections, new friends…..and you’ve just got to really look at the positives and take those positives away from this season.

``Even though we haven’t been winning, there’s always positives to take out of it. You’ve got to go through the highs and the lows. If you don’t go through the lows, then you can’t handle it when they re-surface another time.’’

Experiencing different challenges this season has also helped Gordon grow off-court, stepping out of the shadows and her comfort zone to speak up, take on more of a leadership role and help some of the younger brigade find their feet.

Chalking up a record six bonus-point losses has been a bitter pill to swallow but the Pulse have remained chirpy and upbeat throughout.

``That’s what I have enjoyed about this group,’’ Gordon said. ``We’ve never thrown in the towel or given up. We all want to play hard, play for each other, get a bit of pride back and just show people what we can do.’’

From playing wing attack all of last year, the exuberant bundle of energy has slipped comfortably between wing defence and centre this season, the exposure to all three midcourt positions adding to Gordon’s value and repertoire.

``At this stage, I don’t really mind where I’m playing as long as whatever position I’m in, I play it well,’’ she said.

``It’s been really good learning the wing defence role and being able to play all three, as a result I now have a better understanding and knowledge of what’s required of each. It’s a positive all-round.’’

With two rounds remaining, the Pulse are looking to finish the season with a bang. While they won’t feature in the play-offs, playing the role of spoilers has infinite appeal and that starts with the table-topping Northern Mystics in Wellington on Sunday.

``The Mystics have really taken it to us this year, so we’ve been working really hard, analysing them well and we’re going to give it our all,’’ Gordon said.

``When we’ve played them previously (two losses), we’ve gone completely off track to what we had set out to do, so now we pretty much just need to start walking the talk.’’

After 40 days without playing a match at home, the Pulse are relishing their third straight (and last) match of the season in their own backyard.

``This year’s crowds have been insane,’’ Gordon said. ``When we do signings and chat with people after the home games, I absolutely love it. It’s my favourite thing to do. Our supporters are amazing, they are so loyal, so cheery, and really are like our eighth player, we’re so thankful.’’