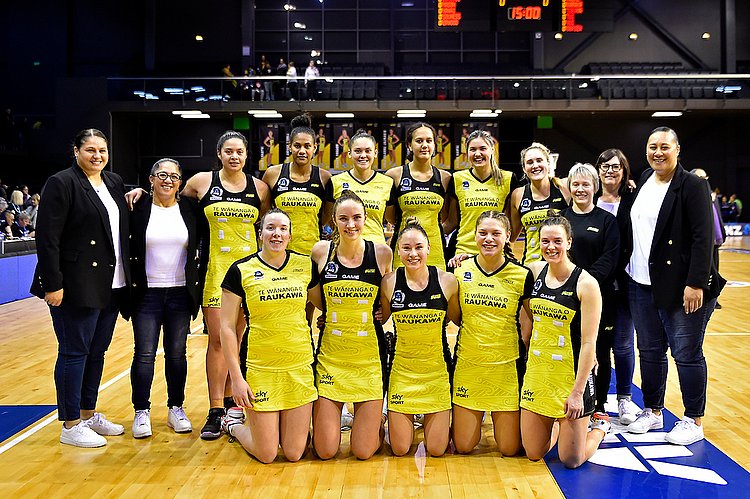 The Northern Mystics went on to book their place in the ANZ Premiership Grand Final, claiming the minor premiership on the back of a thrilling 56-54 win over the Pulse.

``It’s been the story of our season…..a bit of a slow start and a good finish,’’ Pulse captain Claire Kersten said afterwards.

``It was a pity we couldn’t put it all together. Take the first quarter out of it and it was a really close game. It’s so heart-warming from our point that there’s no giving up.

``We gave them a fair lead at one stage (12 goals), but we don’t drop our heads, we keep fighting to the end and to do it in front of a home crowd, who let’s be honest, all season have been incredible, it makes playing at home such a joy.’’

A convincing first-quarter effort and greater accuracy in the shooting circle set the Mystics up for the win with little separating the two teams over the remaining three spells.

The defensive duo of Sulu Fitzpatrick and Kate Burley were again a strength for the Mystics’ performance – confusing the space for Pulse feeders, using their speed to come through for the ball and making a number of early deflections.

A string of five goals saw the Mystics take control of the opening quarter and the visitors went into the first break with a 19-12 advantage.

But from there, the match was evenly contested as the Pulse successfully applied their own pressure on defence only lacking for shooting supremacy, having put up more attempts at goal than their opponent but falling short with their radar.

Coach Gail Parata made one change going into the second quarter with Ivana Rowland coming on for Te Amo Amaru-Tibble at goal attack but the Mystics kept their foot on the scoring pedal, netting two quick goals within 30 seconds of play resuming.

That ability to score quickly was thanks largely through the quick release of ball from Peta Toeava into Grace Nweke with the shooter netting all but one of the Mystics’ 33 first half goals.

A plucky Pulse side, keen to repay their loyal fans in their final home game of the season, did well to maintain their composure on attack, not afraid to work the ball in closer to the post and that patience was rewarded with the hosts going goal-for-goal in the second quarter.

They still trailed 26-33 heading into the halftime break and needed to find something to disrupt the Mystics’ links between Toeava and Nweke.

Pulse goal defence Kelly Jury and wing Maddy Gordon did their best to upset the flow out front but the Mystics still found a way through as they jumped out to a 12-goal lead and threatened to take control of the match.

It was an opportunity for the Mystics to make a change in the midcourt with Claire O’Brien injected in to the game in place of Tayla Earle while Amaru-Tibble returned to the Pulse shooting circle at the same time.

More personnel changes followed shortly after with Jury moving back to goal keeper and Paris Lokotui coming off the bench to goal defence.

The extra height of Jury and her long reach added some more consideration for the Mystics’ feeders as the Pulse stayed in the hunt, again going goal-for-goal in the spell, but still trailing by seven with one quarter to play.

Mystics coach Helene Wilson urged her players to work hard on their discipline in the deciding spell against a Pulse team with nothing to lose.

Kelera Nawai was brought back into the Pulse’s defensive mix for the fourth quarter while Filda Vui came on for Mystics’ goal attack Bailey Mes.

As the accuracy in the Mystics’ attacking delivery started to falter the Pulse was given a sniff of what could be as they closed the gap to two goals only for time to run out on the clock.