Pulse surge back to winner’s circle 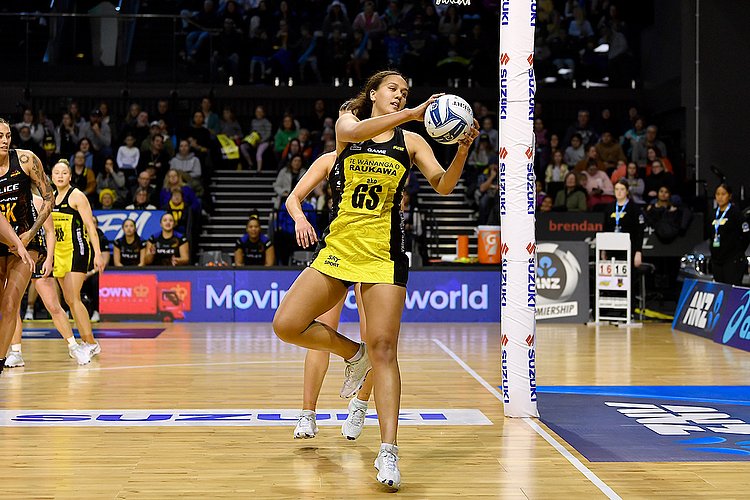 In a game that often swung between the sublime and the scrappy, the Pulse’s big second quarter performance was what saw eventually them through for their first win since Round 7. But the Magic made an impressive finish to the match – winning the second half and closing to within two with a few minutes left on the clock.

``It’s been a while for us, so that feels really good,’’ Pulse defender Kelly Jury said afterwards. ``We’ve been so close in a few games, so to finally get over the line and get the three points is a really great feeling.

``In that second quarter, we came out of the blocks firing and it would have been nice if we had been able to build on the 11-goal lead we had created. We’ll have to look at why we did have the lapse because they were getting pretty close in the end there but we’re proud of ourselves for being able to hold them off.’’

Pulse goal shoot Aliyah Dunn kept a steady hand throughout the game, shooting 41 from 44 (93 percent). While the Magic’s teenage goal attack Khiarna Williams held her own in impressive company, contributing 20 from 23 shots.

While it was goal for goal for the majority of the first quarter, the Magic attack were in some of their sharpest form of the season.

They were finding clearer paths through to Caitlin Bassett, releasing the ball quicker and with more confidence. At the other end, Williams was also shooting strongly, and although the score was 15-15 at the end of the first quarter, the Magic looked more settled and less hesitant than the Pulse,

But that all began to unravel for the Magic from the restart. Pulse defenders, Jury, Kelera Nawai and Maddy Gordon, returned with a new fire and denied the Magic shooters ball after ball.

The Pulse went on a six-goal scoring spree - the midcourt controlled by Claire Kersten and MVP Whitney Souness putting some exquisite ball through to Dunn, who was spot-on with her shooting.

Magic captain Sam Winders led by example and urged her troops to carry on, and they made a recovery of sorts to be 31-24 down at halftime.

The Pulse reshuffled their midcourt at the start of the third spell, Gordon hobbling off with a turned ankle and Paris Lokotui coming on. But the bustling Gordon wasn’t off for long, coming back just as the Pulse began to find their flow through court again, and throwing herself back into the fray.

The Magic, though, surged back and just before the end of the quarter, introduced Temalisi Fakahokotau into their circle defence joining Erena Mikaere. Two quick goals in the dying seconds saw the Magic claim the quarter, 14-13, while eating into the Pulse’s lead, and trailing 44-38.

With 10 minutes left, Lokotui returned to the court at goal defence to pair up with Jury. But it was the influence of Fakahokotau who helped the Magic finally find their focus again as they clawed back to within two.

But the Pulse’s composure under pressure helped deliver an elusive win.