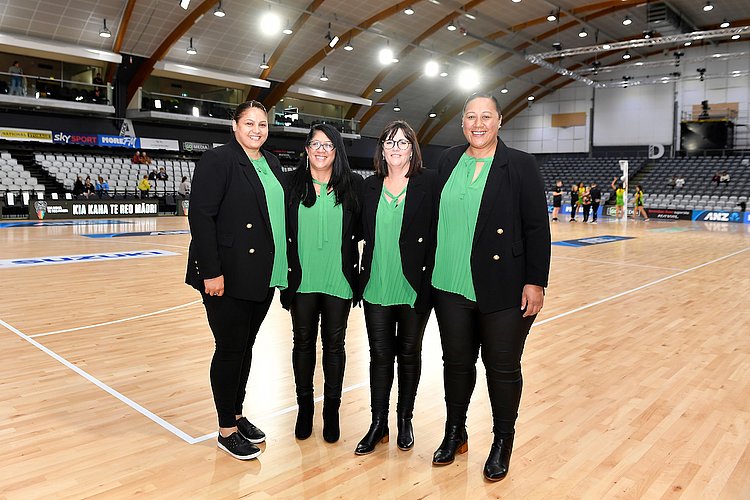 Te Wānanga o Raukawa Pulse have their radar zoned in on back-to-back wins for the first time this season after finding their spark in the ANZ Premiership netball league.

Desperately needing to break their losing streak, the Pulse delivered their most complete performance of the season to dismantle the top-of-the-table Stars in the previous round. More of the same is required when they return to home base to face Waikato Bay of Plenty Magic in Wellington on Sunday.

Retaining their composure while pushing on is key for the Pulse, who have ground to make up on the points table and despite a comfortable win over the Magic in Round 2 are taking nothing for granted.

``I feel that the Magic are probably one game away from doing what we did to the Stars. So, we want to make sure that we back up what we did last weekend, stick to our game plan and go out and execute it on court,’’ Pulse coach Gail Parata said.

``I really do believe there’s more to come from the Pulse. We were pleased to get the win against the Stars but it wasn’t the complete performance and there’s still plenty to tidy up.

``We don’t take that last win (against Magic) for granted at all. They’re like us, they’re building connections and when that happens, they have the talent in their team to be able to finish off, so we’re all about us and our game.

``We have moved on since that game and each week have been improving in different areas and we’re not that same team.’’

The 13-goal margin of the win and denying the Stars a bonus point was particularly satisfying for Parata.

``We have definitely been building towards that,’’ she said. ``The connections are coming, especially in our defensive circle where in our previous five matches we hadn’t gained as much ball as we had hoped.

``And then in that one we were up around 34 gains (including rebounds) and I’m really pleased with how the connections are building and improving around that whole defensive unit.’’

And on attack, it was the patience that stood out.

``I think there was a play where we had about 20 passes before it went into the circle and the girls were okay with having to re-set and go again before the openings came,’’ Parata said.

``They didn’t look frustrated at all and we were comfortable just working it around until we’ve found the open space and that was probably the most pleasing aspect. At other times, we’ve pushed the pass too much.’’

Winning has certainly boosted morale in the camp, sparking an increased intensity at training with players continuing to push each other which is beginning to translate on the court.

``That win was just really pleasing for the girls to know that was within us,’’ the coach said.

``We’ve chased down teams in other matches and got bonus points and haven’t quite pushed through but when we stay with teams and take the lead and pushed on, we’ve proved hard to stop.’’

Posting both their wins to date on the road, winning in front of their home faithful for the first time this season would be the icing on the cake.