Pulse bounce back to form in style 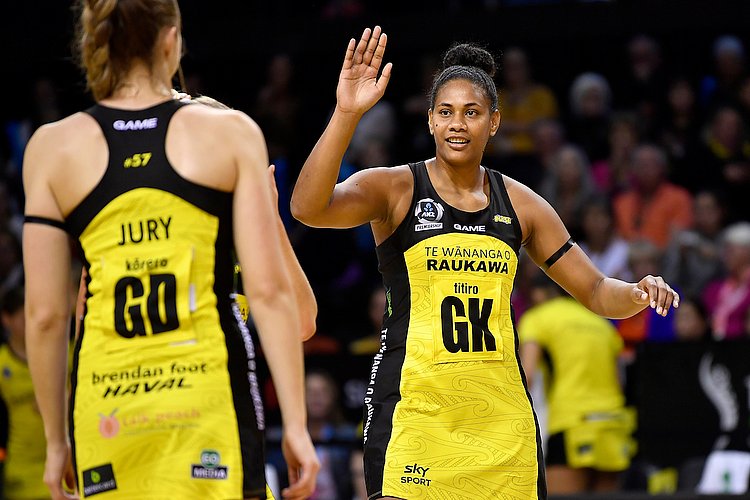 A big second half led to an impressive 57-44 win to defending champions Te Wānanga o Raukawa Pulse as they halted the Stars unbeaten streak in this year’s ANZ Premiership in Auckland on Sunday.

Posting just their second win of the season, the Pulse turned on their best effort to date with all areas of the court performing as they put the brakes on the Stars five-match unbeaten run to start the season.

Finding their cohesion on attack with a mix of patience and panache which was matched by a stellar defensive effort, the Pulse broke the shackles after a tight first half. A growing confidence was mirrored in their play which knocked the generally composed Stars off their stride from which they were unable to recover.

``We had a really good week of training where the intensity went up several notches and that translated into a game situation which was a great feeling,’’ Pulse captain Claire Kersten said.

``It has just taken time for some of our new combinations to click and to feel really natural out there and tonight was the best we’ve felt in terms of combinations. It wasn’t always pretty but it felt more comfortable and the energy throughout was great.’’

In a special start to Round 6, both teams were energised prior to the start when the Stars performed their own haka while the Pulse responded with their waiata which was warmly embraced by the crowd.

Nothing separated the pair in an evenly-contested opening stanza, good defensive structure from the Pulse slowing the Stars pacey attacking line. The home side broke the impasse midway through, a run of five straight goals threatening to set the league leaders on their way.

However, with the defensive trio of goalkeeper Kelera Nawai, Kelly Jury and Maddy Gordon featuring strongly, the Pulse gained their share of turnover ball to roar back into contention. Three intercepts from Nawai in the opening 15 minutes ensured the Stars were held to a slim 14-13 lead at the first break.

With Nawai continuing to contain her dangerous opposite Maia Wilson under the hoop, it was Jamie Hume who stepped up with a series of clutch goals for the home side on the resumption.

The teams went to toe-to-toe before stalwart Stars defender Anna Harrison limped off midway through the quarter, Oceane Maihi coming off the bench into goal defence and Elle Temu moving back to goalkeeper.

The Pulse took advantage of the reshuffle, hitting the lead for the first time with patient and controlled play on attack despite the close attention from Maihi, Temu and Lisa Mather. The defensive pressure at both ends resulted in some wobbly shooting as play swung back and forth, the Pulse reversing the first quarter score-line to hit the main break with an equally slim 26-25 lead.

Growing in confidence with their controlled flair on attack, the Pulse blew the game apart with an influential third stanza. Lacking their flow of previous games, the Stars were stalled on attack, but it was a completely different story at the other end.

With plenty of space and room to move, Pulse pivot Whitney Souness was at her devastating best in providing quality ball to her shooters with her speed, vision and sleight of hand. Goal attack Te Amo Amaru-Tibble was key in her support role to fellow shooter Aliyah Dunn with her ability to share the shooting load while creating opportunities.

Non-stop defensive work from Gordon and Nawai pushed the Stars into unfamiliar territory as they dropped off in their accuracy.

Harrison returned to the court late in the piece but captain Wilson went to the bench, replaced by Amorangi Malesala under the hoop as the Stars had it all in front of them when trailing 42-34 at the last turn.