Pulse defender leaps at the challenge 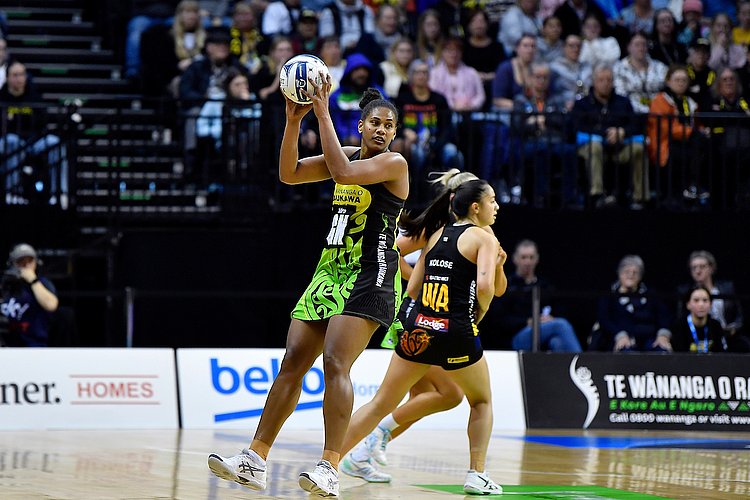 In a few short months, defender Kelera Nawai has resurrected a fading ANZ Premiership dream after making the giant leap from club netball to being a regular starter for Te Wānanga o Raukawa Pulse.

An out-of-the-blue selection for the Pulse when stalwart Katrina Rore was ruled out due to pregnancy has resulted in the imposing presence of Fiji international Nawai making a suitably favourable impression.

Patrolling the defensive circle from the custodian’s position, Nawai, virtually had to start from scratch when the Pulse came knocking, a gruelling pre-season testing her on all fronts. But as each week passes the strongly-built and athletic defender has increasingly found her groove.

``It was always my dream to play in the ANZ Premiership after leaving school but it didn’t happen,’’ Nawai said. ``Life happened and now I’m just grateful for the opportunity that I’ve been given. I feel like I’m improving every week and I’m happy with the progress I’ve made so far.’’

On course to possible play in the league for the Tactix after being a training partner with the Christchurch-based team in 2017 before returning to Fiji, Nawai now finds herself fronting for the Pulse when the pair meet in Christchurch on Saturday.

Standing at 1.87m and with a wing span of 1.94m, Nawai, 23, has made the most of her natural assets to be a menacing presence for opposing shooters while her fitness continues to improve.

After seven rounds, she features prominently on the statistical side to sit second-equal for intercepts with 14, third in the rebound stakes with 11 and fourth for deflections with 26 and could be considered unlucky not to have pocketed a couple of player of the match accolades.

``I was really excited but more nervous than anything because I was unfit and I didn’t know anyone in the team. But it was a one-time opportunity that I couldn’t refuse,’’ Nawai said of the Pulse invitation.

``But it’s been really good, everyone is so friendly and they’ve all just made me feel very welcome.’’

Owning a smile that could light up the gloomiest of situations, Nawai is shy and modest, doesn’t do a lot of talking but is proud of where she’s come in six months.

She makes no bones about the challenges faced in getting up to speed fitness-wise and playing consistently at the elite level but that all takes a back seat when it comes to game-day, which she absolutely loves.

``Coming in after having a year out of elite level netball (with Fiji) and no real hard training, I was just cruising with club, it was really hard,’’ she said. ``I put on a lot of weight last year, so I had to put a lot of effort in to drop some of that.

``I found the pre-season training really hard but it was such a great opportunity for me and although it was a struggle at times, I stuck with it.

``I couldn’t even run for 10 minutes and now I’m running well and able to train for long periods of time although there’s still more improving to do.’’

There is plenty of excitement emanating from the Pulse camp on the progress Nawai has made and where she’s headed.

``She’s come a long way and now looks like the athlete we saw playing for Fiji at the Netball World Cup in 2019,’’ Pulse specialist defence coach and Director of High Performance, Wai Taumaunu said.

``She’s physically made some big strides and game-wise, it’s getting better and better. It’s easy to forget how young she is and as a circle defender the progress can take a little longer. But we’re really happy with the progress so far.’’

Living with Pulse manager Jill Clapcott for the season, Nawai is in daily contact, via Face Time, with her family, husband Nete, who works on a dairy farm near Ashburton, and three-year-old son Joshua.