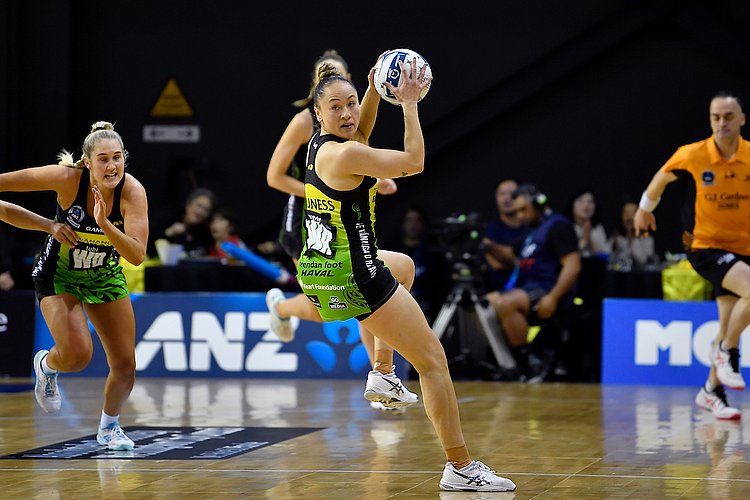 After a spirited late comeback, a makeshift Te Wānanga o Raukawa Pulse came within a whisker of upsetting the Tactix but had to settle for a 55-52 bonus point loss in Christchurch on Saturday.

With the game well in control when leading by 10 in the closing minutes of the last quarter, untimely lapses almost cost the Tactix, the Pulse producing a thrilling finish to score seven unanswered goals.

There was plenty to admire from the Pulse, who went into the match with a makeshift shooting end after illness to Te Amo Amaru-Tibble resulted in twinkle-toed midcourter Whitney Souness being thrust into the starting goal attack role.

Remaining there for the duration of the match, Souness was a key asset on attack but it also meant her shooting buddy Aliyah Dunn had to take the bulk of the shooting load, which she did admirably.

``It was good to get a bonus point but I’m getting a little bit sick of saying that, I think it’s four now’’ Pulse captain Claire Kersten said afterwards.

``It would be good if we could keep it a little bit tighter, so we don’t have to rely on scrambling at the end.

``Not having Te Amo changed things a bit and it was a real tough ask for Whitney but I think she did a great job. She took on the defenders, kept working really hard and put up the shots, I was really proud of her.’’

Moving up to third on the points table, the Tactix wouldn’t have been thrilled with how they finished the match, opening the door for the Pulse to clinch a bonus point which could prove all-important in the run to the Finals Series.

Captain Jane Watson started the match with a bang, the influential goalkeeper snapping up two quick intercepts to help the Tactix score the first three goals, in an ominous sign for the visitors.

At the other end, lanky defender Kelly Jury was also a menacing presence, gaining turnover ball for her side while the rejigged Pulse attack line found its groove. Scoring four goals on the trot, the Pulse drew level in a fast paced, entertaining spectacle.

Souness showed her full skillset with some sparkling play and interaction with her fellow attackers. But it was the Tactix full-court defensive pressure that helped propel them to a 16-12 lead at the first break.

That pressure continued on the resumption, the Tactix applying the blow torch to put the brakes on the Pulse’s momentum.

The growing rapport between home side shooting duo Ellie Bird and Te Paea Selby-Rickit was evident, the pair interacting seamlessly under the hoop as more ball landed in their hands.

With Souness running the Pulse on attack, Dunn was the key scorer while also having the unenviable challenge of coping with both Watson and the ever-present Karin Burger, who were always a threatening menace.

The Pulse were superior with their shooting accuracy but with 11 fewer attempts were left chasing, the Tactix finishing the half strongly to build a 32-25 lead at the main break.

In a position to hammer home their advantage, the Tactix did the exact opposite in a messy third stanza where soft turnovers were a feature of their play.

Showing greater hunger and poise, the Pulse delivered an excellent response with a determined fightback. Souness continued to shine through her exploits as the attack line showed plenty of speed and finesse while Dunn was exceptional under the hoop in the face of extreme pressure.

From wing defence, Abby Erwood did a good job of shutting down the feeds from the reliable Samon Nathan to slow the Tactix scoring. The Pulse had the satisfaction of winning the third stanza but still faced an uphill battle in the run home.

The home side started the final term in rampant fashion, seemingly snuffing any lingering resistance out of the Pulse with a telling five-goal burst to push out to a 10-goal lead before being pushed all the way to get the game in the bag.