Pulse chase record third title, coach back for next season 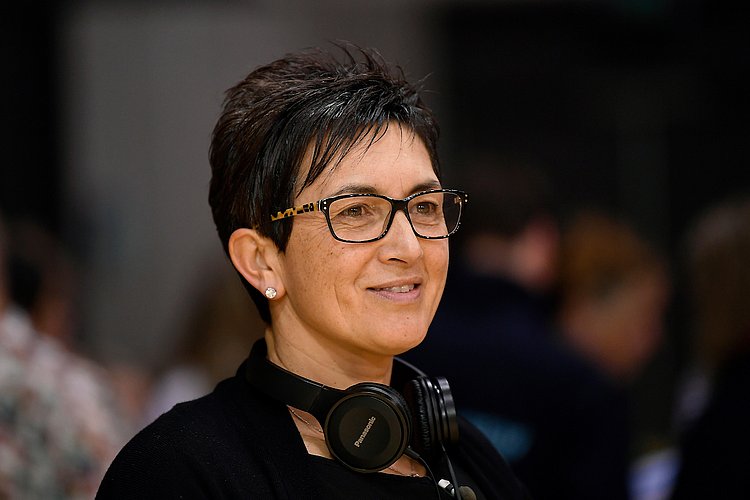 Popular coach Yvette McCausland-Durie will be back with the Pulse in 2023. Photo: PhotoWellington

Preparing her side for a fifth Grand Final, coach Yvette McCausland-Durie has confirmed she will be back at the helm of Te Wānanga o Raukawa Pulse for the 2023 ANZ Premiership netball league.

The Pulse will host the season finale in Wellington on Sunday against either the Northern Mystics or Stars, who clash in the Elimination Final tonight (Wednesday), and with it, the chance to grab a record third title.

Never one to shy away from a challenge, the popular and highly successful McCausland-Durie was lured back this year after a season away, in the process steering a new-look and young team to a fourth Minor Premiership.

``I was initially looking at just one year in terms of fitting in the other bits around life but part of the big picture is always about trying to build a group going forward, retention is a big part of that and so, I became part of that retention model,’’ she said.

``We’re the youngest team in the competition and that has its moments. You often see our inconsistency is related to that, we’ve got some maturing to do, not as people as such, but as a team.

``We’re learning all the time. Since that last game (Mystics, on Friday), there’s so many things that we’ve got to get right this week in order to be competitors. If we can do that, then we might have a chance, but we’ve got some stuff to brush up.’’

All teams have endured plenty of adversity in a season dominated by injury and illness, the Pulse having their fair share after navigating Covid, losing two players (Binnian Hunt and Paris Lokotui) to season-ending injuries and Maddy Gordon’s delayed start due to injury.

``Sometimes it hasn’t been the prettiest netball but amongst all of that, everybody’s had their challenges and there’s just been a constant resolve that we wanted to create an environment, first and foremost, and that’s about attitudes, behaviours and a culture, and alongside of that, wanting to build our programme going forward and that includes Manawa (Central’s national league team).

``We weren’t highly rated at the start, probably fifth or sixth but never lost faith. In a game, you get half the ball, it’s reasonably simple, and for us, it was, `lets put that big goal out there’ to firstly take the mini step of top three and ultimately the Grand Final.

``Covid slowed us down initially but I’m incredibly proud of what they’ve done.’’

From the outset, McCausland-Durie always felt this season, where covid was a constant presence, would come down to survival of the fittest. Having now arrived at the desired destination, attitude remains the key piece of determining the final challenge.

``Mental mindset is huge,’’ the coach said. ``Everybody’s had lots of physical demands on them but psychologically how you come into a match like this, is everything. Two teams with equal skill level, it will come down to who wants it more and making those little moments matter.

``I’m expecting it to be an amazing dramatic spectacle in lots of ways. When I look at the athletes, there’s a lot on the line for them as individuals with (Silver Ferns) selections, there’s a lot of sense of pride around what they want to put out there as a product and, as importantly, it’s part of being competitive, that you want to go out and put the best possible performance you can together.’’

Having already banked two titles (2019, 2020) and two runners-up spots (2017, 2018), all with McCausland-Durie guiding the ship, the Pulse have been the most successful franchise since the inception of the league in 2017.