Gordon gunning for the midcourt trifecta 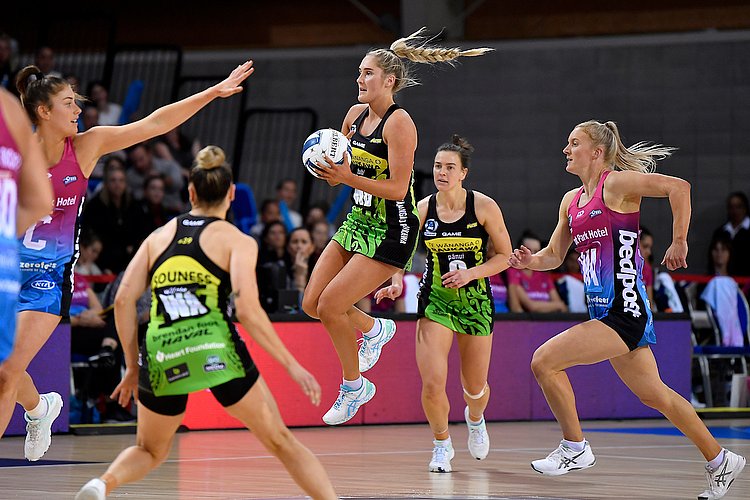 Always up for a challenge, nailing the finer points of being a top flight wing defence is the latest on the list for Te Wānanga o Raukawa Pulse netball midcourter Maddy Gordon.

After a stellar previous two years in the ANZ Premiership for the defending champions, the 21-year-old is on a steep learning curve as she adjusts to a positional switch which has involved moving from the attacking wing to the defensive wing.

Previously playing wing defence and centre in the National Netball League and age-group, and wing attack for the Pulse last year, it has been a baptism of fire for the non-stop bundle of energy who is getting her first taste of wing defence at the elite level.

There has been a steady procession of quality opponents in recent weeks in the form of Silver Ferns midcourters Gina Crampton and Shannon Saunders and Mystics mercurial play-maker Peta Toeava but Gordon is determined to add a third string to her impressive midcourt bow.

``It’s definitely been a hard transition but I like a challenge and it’s been good for me,’’ she said. ``I’ve really enjoyed trying to learn wing defence thoroughly. It’s been good, especially having Claire (Kersten) there as well to guide me.

``If I can get to play all three positions well, that’s a valuable asset. I don’t mind where I play but wherever I go on court, I just need to learn to be dominant in that position.

``It is a very hard position to play and I’m learning a lot but I’ve still got a really long way to go. For me, personally, at the moment it’s about contesting the line of the ball rather than the catch-point, working as a unit on the centre pass defence while also providing really strong drives on that through-court attack to help bring the ball down.’’

With just the one win on the board, the Pulse have also pocketed three bonus point losses but feel they are getting better with each outing, lack of consistency being the major bugbear. They will have their hands full against the high-flying Stars in Auckland on Sunday with a second shot against the league leaders who have started their campaign with five straight wins.

``Defensively, they do a box sort of space marking, so we need to work to our strengths to get around that, look into the circle a bit more and just be able to stay in the grind,’’ Gordon said of the upcoming contest.

Clean intercept ball has not been as prominent this year, the physical nature of trying to stop attacking progress being a regular hot topic of discussion.

``There has not been a lot of clean intercepts and I think some of that is teams taking better care but a lot is stemming from the defence as well,’’ Gordon said. ``They (intercepts) will come when you start contesting the line of the ball, rather than the player and the catch-point, and that’s personally for me, the big work-on…….to try and get some clean ball.

``I do think it’s more physical, both positively and negatively. Obviously, people are really going for it and want it, which is good to see but I guess there are times when we need to be aware, and weigh up whether it’s worth going for a ball or taking a step back to avoid a late tackle, which I’ve been guilty of a couple of times.’’