Quick recovery and reload for Pulse 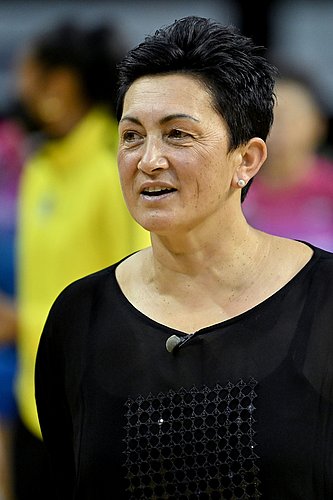 Quality recovery has been a key focus for Pulse coach Yvette McCausland-Durie ahead of the Stars match. Photo: PhotoWellington

On the back of loaded schedules, physical and mental recovery will be key factors for Te Wānanga o Raukawa Pulse and the Stars in their catch-up ANZ Premiership netball match in Auckland tomorrow (Wednesday).

In a quick turnaround – both teams played on Sunday – the Pulse come into their third match in eight days and the Stars, their fourth in 12 days, for the rescheduled Round 1 match which was postponed because of Covid.

The respective teams come into this one from vastly different last outings, the Pulse finishing with a flourish to post a 17-goal win over the Tactix while the Stars suffered a heavy 24-goal loss to the competition leading Mystics.

However, there is little time for either to pause for reflection.

``The biggest thing is quality recovery,’’ Pulse coach Yvette McCausland-Durie said. ``We’ve done a quick debrief but we just need to move quickly on this one, park the Tactix game and focus on the Stars.

``A wounded team is always a challenge to come up against and it’s now up to us to adapt and adjust to a new team.

``They (Stars) haven’t had a huge number of games. I think they’ve got real strength across all areas of the court and experience. That makes a significant difference that they’ve got combinations that have been together now at least a year and that all helps.

``Whereas, ours are all kind of still forming, so I’m always aware of that but we’re ready to give it a good crack.’’

Against the Tactix, the Pulse reversed their trend of previous matches, instead starting slowly and finishing with a real hiss and a roar. A key work-on has been improving their decision-making under pressure which is getting better but on attack there were still some hairy moments and wayward passing which the coach described as ``shockers’’.

However, a real feature for the Pulse was their team defence which time and again squeezed the attacking momentum away from their opponents while providing plenty of turnover opportunities.

``There was a full attack and a full defensive effort from the whole team,’’ McCausland-Durie said. ``We’ve been talking about it but it’s really hard to mentally stay engaged when you physically get worn out, so I thought our team was way better at just being a full connected unit.

``We were more disciplined than we have been in the past through our getting to circle edge, it wasn’t error-free but I think there was a greater commitment to task. Overall, there was some good defensive effort around getting some ball and that came from a number of places including the attacks.

``And equally, I thought our defence were much more active on attack, so that just provided a real sense that we always had an option that was on.’’

There’s also the pleasing progress of pocket rocket midcourter Maddy Gordon as she reintegrates into active play after a lengthy injury break. Having her second stint of managed minutes against the Tactix, Gordon showed her value in adding variety, impetus and depth to an already handy trio of Whitney Souness, Erikana Pedersen and Paris Lokotui.

``She’s so keen to get back on court and dying to get out there but it’s just the timing of when she comes on, learning the craft again and reminding herself of all that,’’ the coach said of Gordon.

``She’s pretty tough on herself and wasn’t overly pleased with how she went in the first bit (wing defence against Tactix) but I thought she came out at centre and added some great value there.’’