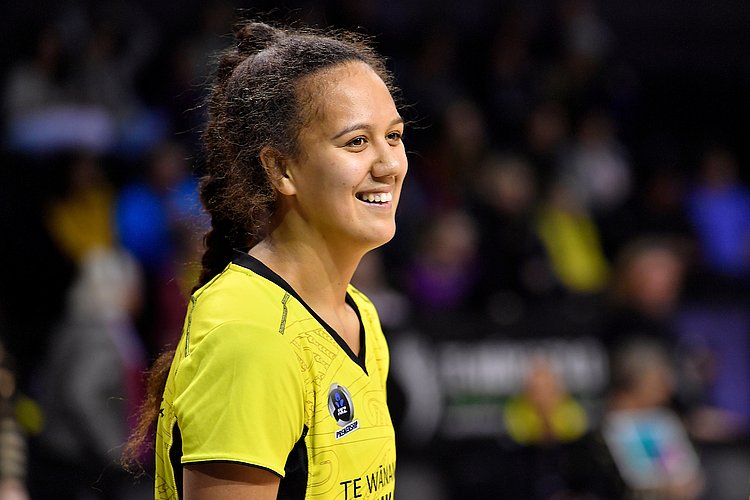 Shooter Aliyah Dunn celebrated her 50th national league match with an impressive outing in the Pulse's 59-47 win over the Magic. Photo: PhotoWellington

Bouncing back from a first-round bonus point loss, the Pulse were all business in shutting down last week’s winners with a strong overall performance to get them back in the winner’s circle on Anzac Day.

Key pillars at either end in shooter Aliyah Dunn and defender Kelly Jury, well supported by a busy and well-performed midcourt gave the Pulse the upper hand throughout.

Well down in the run to the finish line, Magic came back to win the final quarter but the match was effectively over by that stage, the final numbers telling the story. The Pulse enjoyed a far greater share of the possession with 69 attempts at goal compared to the Magic’s 52.

``After last week where we had that pretty awful start and lots of unforced errors along the way, we really tried to address those during the week and as a result we had much better connections in working it to circle edge. So, it felt a whole heap better tonight,’’ Pulse captain Claire Kersten said.

Dunn converted 41 from 46 and was well-supported by Te Amo Amaru-Tibble with 16 from 19 while surprise weapon Whitney Souness chimed in late in the piece with her special brand of play in a match slightly marred by a high penalty count.

Both teams retained their starting line-ups of Round 1, the Pulse reversing their poor start of the previous week with a decisive opening stanza to make an early statement.

The Pulse broke a mid-quarter stalemate with an emphatic seven-goal unanswered scoring streak through error-free and clinical netball to which the Magic had few answers.

With Kersten and Maddy Gordon doing a fine job of keeping Magic’s feeders away from the circle edge, defenders Jury and Kelera Nawai were able to haul in a bounty of turnover ball.

At the other end, unflappable shooter Dunn was in imperious form, slotting a perfect 17 from 17 as the Pulse powered to a 20-12 lead at the first break.

It was more of the same on the resumption, the Pulse converting the first six goals as they took a stranglehold on proceedings.

Nawai continued to do a fine containing job on Australian shooting great Caitlin Bassett, who after a seamless and productive start was largely kept quiet. The Fiji international and Jury had five intercepts between them at the close of the first 30 minutes.

In a nod to the Pulse’s dominance, the Magic’s response was quick with defender Georgia Tong replacing Temalisi Fakahokotau and shooter Khiarna Williams taking over from Chiara Semple.

In another worrying sign for the Magic, key attacker Grace Kara limped off late in the piece to be replaced by Tori Kolose on debut.

A mini comeback late in the quarter gave the Magic some hope but they still found themselves in a big hole when the Pulse headed into the main break with a healthy 33-21 lead.

In an increasingly familiar trend, it was the Pulse who started the strongest at the start of the second half, scoring the first three goals to set the tone in an ever-willing contest.

There was plenty of niggle involved and although Magic captain Sam Winders put in a wholehearted effort while urging more from her troops, the swarming Pulse defence left the home side with limited options on attack.

On the other hand, the Pulse were efficient and effective with their through-court transition as they continued to widen the margin and holding all the cards when leading 46-31 at the last turn.