Lanky Pulse defender spreads her wings in more ways than one 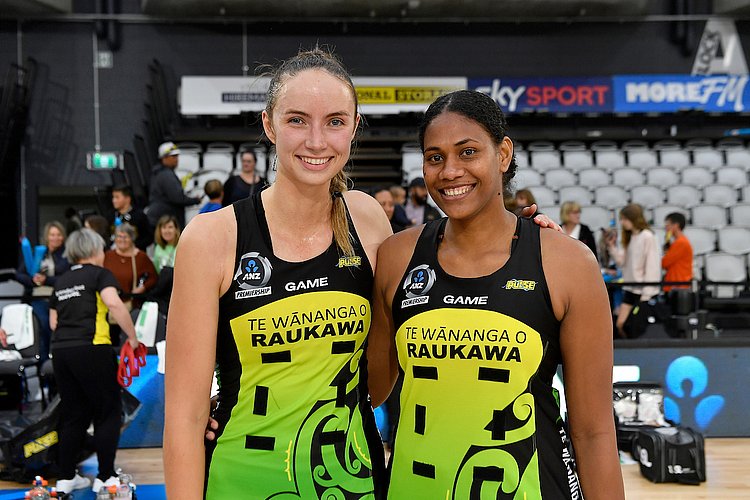 Change has come naturally and quickly for long-levered defender Kelly Jury as she helps a new-look Te Wānanga o Raukawa Pulse set about establishing their credentials in the ANZ Premiership netball league.

On the back of a bonus point loss in the season-opener, the Pulse are keen to reduce their error rate and add some polish when they square off against Waikato Bay of Plenty Magic in Round 2 in Hamilton on Sunday.

Injury-free for the first time in two years after moving to the Pulse last season, Jury completed a stellar campaign in the title winning run of 2020 but is now the sole survivor from the experienced defensive line of that campaign.

As a result, she has become the senior pro at the back end of the court and quickly found her groove in embracing the challenge of bedding in new defensive allies in the form of Fiji international Kelera Nawai and the league’s youngest participant Parris Mason, who both made their ANZ debuts in Round 1.

It has also resulted in Jury, 24, becoming part of the team’s leadership group while also featuring in a more general move this year of goalkeepers being given the opportunity to spread their wings with a transition up court to goal defence.

``It’s been fun, I’m not used to all the space out in front of me but every game I feel more comfortable in the position and my confidence is growing,’’ she said.

``There’s still a lot to learn, still a few things I’d like to get better at but I’ve been really enjoying it.

``I am enjoying the leadership role. I don’t see myself as a bossy person and I just hope I can support the girls around me.’’

Easy-going with a ready smile, Jury is excited by the prospects of her budding partnership with the athletic and powerfully-built Nawai, who was plucked out of the Methven club competition in South Canterbury ahead of joining the Pulse, with the pairing still in its infancy.

``This is Kelera’s first ANZ experience and I think she’s been growing every training, every game and that’s all you can ask for from a player,’’ Jury said.

After a poor start in their opener, the Pulse were left to play catch-up and found it a bridge too far after trailing by eight at the first break which was reduced to four by fulltime against the Northern Stars.

``We don’t have our heads down after that,’’ Jury said. ``There were definitely opportunities in that game where we could have taken the lead but we let them slip, so they’re learnings that we need to take into the future games and they’re the moments that we really need to convert.

``There has been talk about how we are the underdogs in this competition but we don’t look into what people are saying outside of our camp. We just worry about what’s said within and we’re confident in our abilities and that’s all that matters.’’

The Magic have plenty of new faces on their roster, including 100-test Australian shooting veteran Caitlin Bassett, who after a measured start had a fine opening game for her new team.

The 1.96m Bassett, 32, shades Jury by 4cm in what should be an intriguing showdown between the twin towers on Sunday.

``She’s an internationally renowned player and been one of the world’s best shooters, so it’s a pretty cool experience to be able to play her in a New Zealand competition,’’ Jury said.

Interim replacement player Ivana Rowland has had her stay with the Pulse extended by three weeks.