Pulse ready to push on 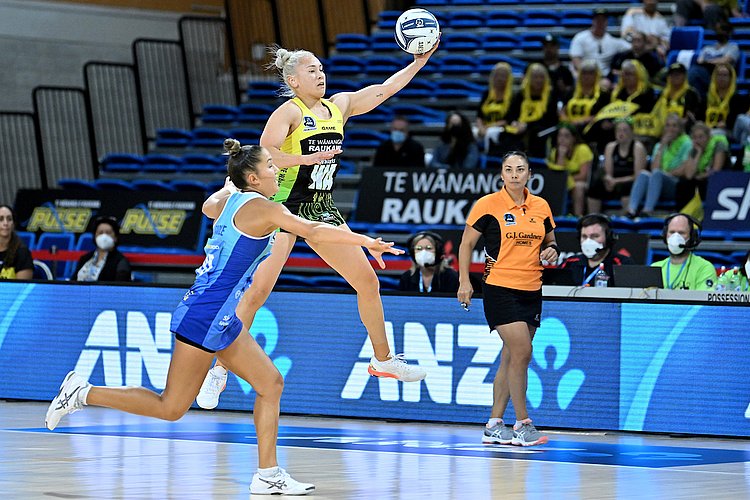 In a team flush with play-making attackers, midcourter Whitney Souness is revelling in the dynamics on offer at Te Wānanga o Raukawa Pulse and expects there’s plenty more to come during the ANZ Premiership netball league.

Returning after a year away with an enhanced game, powerful goal attack Tiana Metuarau, and the rising stature of the nerveless Aliyah Dunn under the hoop, has given the twinkle-toed Souness a shooting unit of her dreams to play with.

``Man, I just feel so lucky to have those two as pillars in the back there,’’ Souness said.

``I trust them with everything I’ve got, to catch the balls that we give them and to put the ball in the hoop. And that’s what you want to have in your shooters, so I’m really grateful to have their skill and energy in the attack end.

``I think Aliyah balances Tiana out and they just work really well together.’’

With that in mind, the calming influence of the well-performed Erikana Pedersen and reintegration of Maddy Gordon from injury make for a versatile and potent attacking end. The trick for the Pulse in striving for the next level is finding the balance between the impulse to unleash the razzle dazzle and a safety-first approach.

``We definitely do like to have a bit of ball speed and play with a bit of flair and that’s what’s cool about our group is that we can add that,’’ Souness said.

``But Yvette (McCausland-Durie, coach) always reminds and humbles us that we need to be a bit smarter in those critical moments when we do get ahead of ourselves. We are learning and we’re definitely growing in that part of our game.’’

No slouch herself, wing attack Souness, 26, with her electric turn of speed, deft footwork and dazzling ball skills is having a fine season, and one she’s hoping will result in higher honours.

``I’m pretty happy with how I’m tracking but there’s always things I want to improve on, like being a bit smarter with the ball and decision-making,’’ she said.

``I have the ball in my hands quite a lot of the time and I definitely want to be smarter with it and that’s going to help me have the best chance of gaining Silver Ferns selection.

``I have been thinking about it (Silver Ferns selection) more so lately because it’s such a big year with the Commonwealth Games and I’ve missed out in the past year. I’d love to get back in that group but it’s just about playing ANZ first and hopefully, things will flow from there.’’

Eclipsing the Stars by 10 goals four days ago, the Pulse will meet the same opponents in Palmerston North on Sunday, in the process fronting up for their fourth game in 12 days.

``We can’t be complacent and dwell on the outcome of the first game. It’s all even again, that game’s gone now, and this is a fresh start,’’ Souness said.

``We let them get a few runs on us and lost the last quarter, the challenge for us, is pushing on if we get a lead.

``The bodies are definitely sore and a little tired but we have been really diligent with our recovery and kept tight as team, both of which are helping get us through this next game, then we get a bit of a break.’’

Apart from one year away with the Magic in 2020, Souness has been a Pulse stalwart since 2015 and is loving the 2022 version of the yellow-and-blacks.

``I’m definitely enjoying the group, it’s young and fresh and there’s lots of energy,’’ she said.

``Everyone is just being themself and that’s important to have in a team sport, everyone just accepting everyone as they are and that’s helping us flourish in how we’re playing.’’