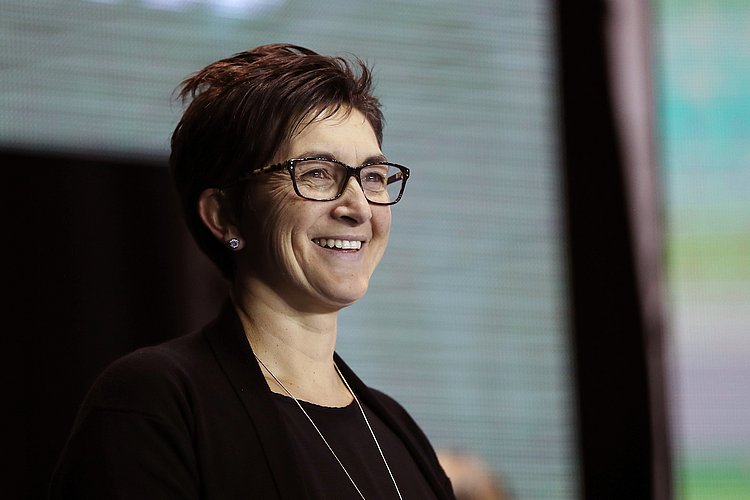 Successful Te Wānanga o Raukawa Pulse coach Yvette McCausland-Durie is relishing her opportunity to be part of the Silver Ferns mix during what is shaping as a defining Constellation Cup netball series against Australia.

In a trend adopted by Silver Ferns coach Dame Noeline Taurua, ANZ Premiership coaches have played a variety of roles during international series in recent times and McCausland-Durie will act as an assistant coach during the four-match series to be played in New Zealand and Australia.

``This is a fantastic opportunity to get a number of eyes on our players and for me to seek input from various sources who can add something different,’’ Dame Noeline said.

The Pulse mentor has previously been involved in campaigns with the NZU21s and NZA but the Constellation Cup presents the first time she’s been involved in the current Silver Ferns environment in a coaching capacity.

``I think having the franchises involved is really important and it’s not an easy thing to create so I’m really grateful of the initiative,’’ McCausland-Durie said. ``Everyone’s been handed different opportunities and different parts, so it’s great.

``It is important that we’re all part, as franchises, feeding in players to that environment and making sure that we’ve got awareness of one, the training intensity, are we working them hard enough so that their transition to international level is comparative?

``And alongside that, the understanding of different structures and how do we continue to develop that versatility within our own playing groups.’’

With plenty of focus aligned to next year’s World Cup, defending the Constellation Cup is high on the agenda but this edition is also a fact-finding mission. As a result, the Silver Ferns will have two different teams for each leg with an expanded group of players given the opportunity to stake their claims.

McCausland-Durie will be on board for both legs, starting in Auckland on Wednesday followed by Tauranga on Sunday (October 16) during which Debbie Fuller will also be an assistant. The teams will then head to Australia for matches in Melbourne (October 19) and the Gold Coast (October 23) where former Adelaide Thunderbirds coach Jane Woodlands-Thompson will replace Fuller.

``At this stage I’ve worked a bit with the attacks and a bit with the defence, so have been going between both ends,’’ McCausland-Durie said. ``The biggest one for me is supporting what the drive is, having a look and almost being that eye that keeps a broad overview…..what can we see, how is it different?

``Having come in and not built those plans, you can see them from a different perspective, so it’s about providing feedback back into the coaching group and then onto players.

``With the general concepts, I think, pretty much whoever runs the line on that, it’s how you deliver that for different opposition, how you deliver that with different players, what’s the language they’re using, understanding what context they’re coming from, so I think it’s that layer of things rather than the game.

``The game’s the game and we all pretty much think the same in terms of how to play it, with some slight variations, but it’s really just how do you take that into a new environment and still act it.’’