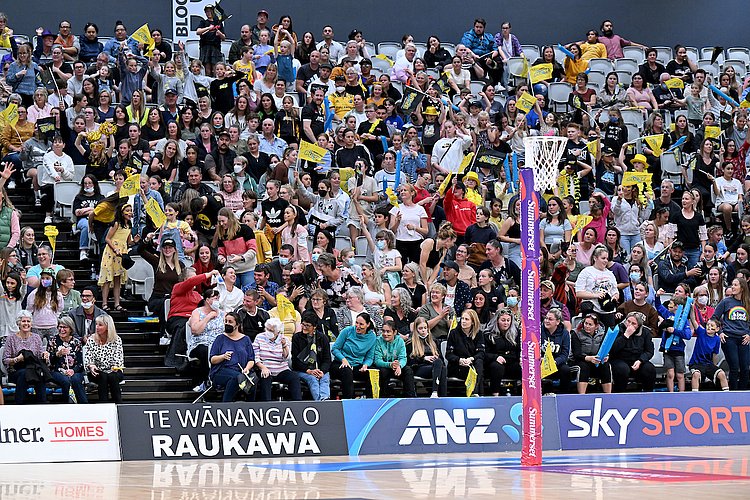 Having played more games than the rest of the field, pushing for points has become paramount for Te Wānanga o Raukawa Pulse heading into the back half of the ANZ Premiership netball league.

Sitting, handily, in second place at this point counts for little with many teams having games in hand due to the disruptions of Covid and what is shaping as a frantic and congested run to this season’s finish line.

``We do need to get some wins over these next few weeks to put ourselves in a position to be in the Elimination Final space,’’ Pulse coach Yvette McCausland-Durie said.

``With ours (team) having Covid early and having played that first double-header it meant we did get the season off to a reasonable start.

``Everybody’s facing all sorts of different challenges but we’re reasonably comfortable in that our draw hasn’t changed too much. We always knew we had double-headers to finish with, and double-headers throughout so there are no real variations for us.’’

The Pulse will meet the Southern Steel in Dunedin on Monday, the southerners having had their own recent challenges with Covid, and just returning to competition mode after two weeks out, during the week.

However, they are a team who responds well to adversity and their business-as-usual resilience can be expected. They have proved something of a bogey team for the Pulse in recent years, highlighted just four weeks ago when they ran down an 11-goal deficit to claim a famous extra time win.

``I have huge respect for them as a team and when you talk about a possession rate, they’re brilliant at it,’’ McCausland-Durie said of the southerners. ``They are very good at looking after ball, so unless we can get creative and make sure that we look for opportunities to get gain ball, they’re a really tough opposition to take.

``We certainly don’t want to go there again (extra time loss). For us, every week’s just about, `can we win a quarter, can we win the next quarter’ and taking it a little bit chunk by chunk. We’ve had a couple of games where we’ve won all four quarters but all other games, we’ve not been able to do that, even the ones we’ve won. So, it’s just really trying to build consistency.

``That said, we’ve been really consistent around the number of goals we’re shooting, attempts, all that kind of stuff, we’ve just got to improve the basics……don’t give the ball away and try and get a bit more.’’

Dissecting their one-goal loss to the Stars in the last round where higher than usual soft turnovers and less defensive gains played a significant part, the coach said the mood was ``reflective but not devastated.

``Those aspects have been consistent messages for us, just that ability to reduce our loss rate. We’ve had a game where we got that down to a two and that’s outstanding but just for us, it’s always been about consistency.

``It’s that presence of mind where we get a little bit tunnel-visioned coupled with some poor decision-making. Some of it was pressured and some of it was just poor choices.

``We certainly realised that the Stars out-enthused us in many areas. There was a bit of tiredness, so this has been a really important week to freshen up but overall, there were some good learnings and now we’re looking forward to the next opportunity.’’