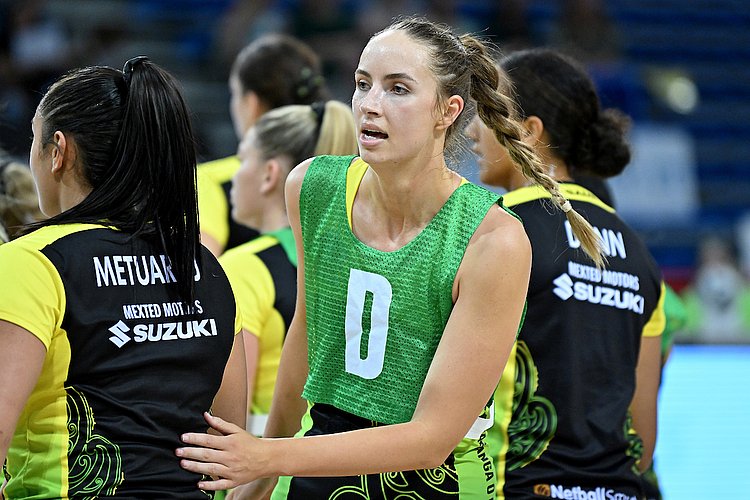 Co-captain Kelly Jury has been in rollicking early season form for the Pulse. Photo: PhotoWellington

In the space of a week, the Pulse have featured in two riveting contests, both going down to the wire, and with the outcome hanging in the balance until the dying seconds. In the process, they have savoured the delight of a one goal win (Magic) and on the flipside, the despair of a one-goal loss (Mystics).

Fortunes ebbed and flowed dramatically in both matches with the Pulse unable to take full advantage when they had the upper hand.

``Building leads and letting it slip has been the story of our last two games,’’ Pulse co-captain Kelly Jury said.

``Ball retention, upping the tempo and when we do get those little leads, that we build on them are key. We’ve also talked a lot about momentum and recognising when the momentum changes, recognising how to stop it when it’s going against us and when it’s going our way, to keep building on it.’’

The youngest team in the league, there’s plenty of vibrant energy exuding from the Pulse on and off the court which has an infectious spin-off. The banter is always close at hand but when it’s time to get to work, the serious side takes over.

``I’m loving this team,’’ Jury said. ``From a leadership point of view, the girls are doing awesome. I’ve been really enjoying the co-captaincy with Tiana (Metuarau) and that is growing every week.’’

As evidenced by an impressive start to the season, Jury is clearly enjoying herself, the 1.92m custodian in dominant mode at the defensive end, the last two games in particular, producing standout performances.

After four rounds, the long-limbed Jury, 25, sits third in the rebound stakes, second in deflections and tops the poll in intercepts but as is her nature, remains quietly unassuming about her own exploits.

``I’m not putting any pressure on myself, just going out there to have fun and to perform for my team-mates,’’ she said.

``The co-captaincy is sitting well with me and it’s definitely not a burden. Tiana and I complement each other really well.

``We’ve got completely different strengths that we bring to the team and because of that, it does take the weight of pressure of the captaincy off each other. We can bounce off each other with ideas and what we need to do to keep moving the team forward.’’

Jury is also relishing the foundations she and fellow circle defender Kristiana Manu’a are forging, the pair reuniting after teaming together as teenagers for the Magic.

``There’s definitely more to come from us. I take care of the high space and she takes care of the ground work, so we complement each other well,’’ she said.

``She’s got that classic Aussie type defence of the `man on’ physicality. That’s the type of style that Pulse have prided themselves on playing in recent years, so they’ve recruited really well with Kristiana because that’s her bread and butter.’’

After playing the Mystics and the Magic twice apiece in their opening four rounds, the Pulse get a look at a new opponent when they meet the Southern Steel in Wellington on Monday. It will be the Pulse’s 200th national League match since they first played in the ANZ Championship in 2008.

``We’re really solid on what structures we want to put out there,’’ Jury said.

``We know what we want to do and it’s about dictating. We’re very solid in what our style is and it’s just a matter of being clinical throughout and it would be nice to actually get some breathing space on the scoreboard.’’