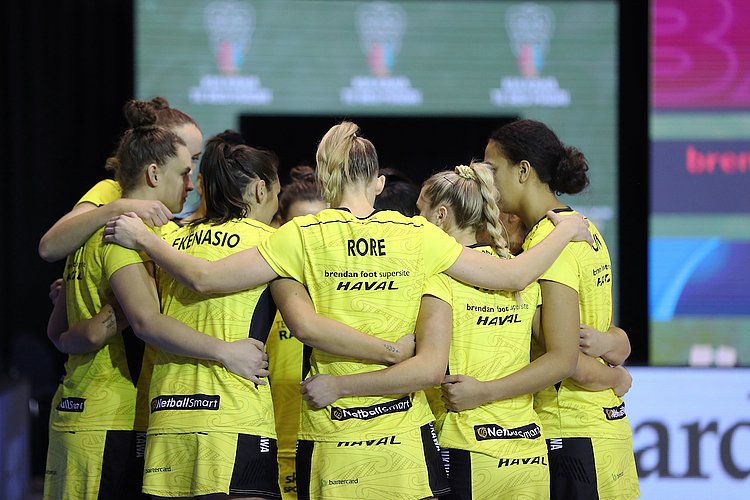 Captain Katrina Rore will be hoping for Grand Final success on Sunday when she plays her 150th match for the Pulse. Photo: Michael Bradley Photography

Te Wānanga o Raukawa Pulse have put a challenging season behind them as they dial in on a golden opportunity to claim back-to-back ANZ Premiership netball titles when they play the Tactix in Invercargill on Sunday.

Grand Final-bound two weeks before the regular season ended but not knowing whether they would actually get to play in it after the recent change in Covid-19 alert levels, left the Pulse mired in uncertainty.

There was a sense of relief with the Grand Final getting the all-clear just days ago, coinciding with a defining lift for all concerned.

``It definitely does feel like we’re building up to a Grand Final now,’’ Pulse coach Yvette McCausland-Durie said. ``They’re very aware of what’s on the line regardless of all the other pieces that go with a Grand Final. It’s a Grand Final, there’s a title on the line and we want to be the one who lifts the trophy.

``The challenge with this long season has been having that constant ability to stay mentally engaged, to keep moving forward with so many adjustments but certainly once the decision was made you could see everyone’s levels of anxiety were reduced hugely. It made a big difference just knowing.’’

Already confirmed as top qualifier for the season-finale, the Pulse had their last two games of the regular season cancelled and were left in limbo while trying to retain a positive mindset during their trainings.

Ironically, their last outing was a seven-goal loss to the Tactix, who will be appearing in a Grand Final for the first time.

``At that time, we had hoped to get a couple more games in but on reflection, the break has been good, the refresh has been really important and we’ve seen a new energy come into this week which is really positive,’’ McCausland-Durie said.

``The key thing for us has been that there’s nothing new being introduced but it’s more around assurance that people understand their roles, that if there’s any clarity checks that are required, then this is the time to do it.

``So, it’s really just the subtleties they’ve worked on this week, reinforcing the same structures but getting really crisp.’’
Having played the Tactix in their most recent outing was a bonus and a useful gauge to how the Pulse have prepared for the winner-takes-all clash.

``We very aware they’ve got variation in terms of shooting, they’re very patient on attack and they really look after their ball,’’ McCausland-Durie said.

``That’s an important one for us to remember that we’ve got to have courage and go looking for opportunities early.

``The biggest thing for us is having a really strong start. When we’ve been successful, we’ve really led the charge and made sure that we’ve gone out and executed with precision, but more importantly really set the pace and the tone.’’

As is her way, McCausland-Durie has given no thought to this being her last game in charge after four successful years with the Pulse.

``The Grand Final’s a big enough occasion on its own,’’ she said. ``I’m just really wanting to make sure this group feels superbly confident in themselves, first and foremost. We’ve got individuals that are very capable but that belief and mental aptitude is going to be key and then, at that point, I can relax.’’

Shooter Ameliaranne Ekenasio and midcourter Maddy Gordon missed the last outing against the Tactix but McCausland-Durie will have 10 fit players available for the Grand Final.

Durable captain Katrina Rore has been ticking off the milestones recently and Sunday’s match will mark her 150th in Pulse colours.