Pulse hoping to add the polish against Magic 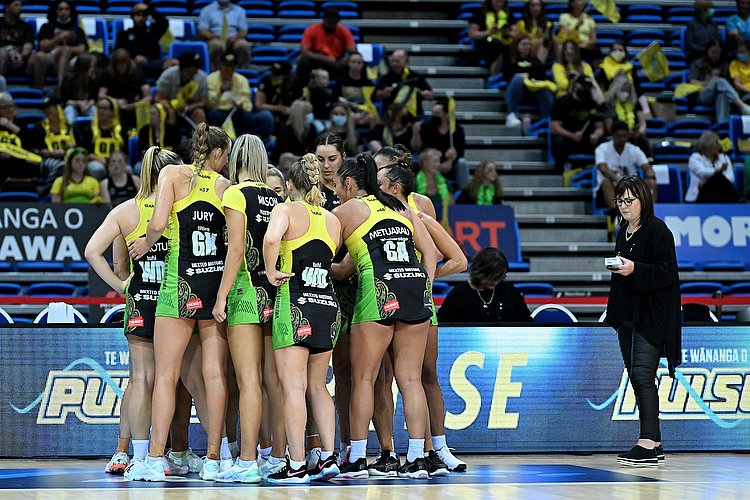 Te Wānanga o Raukawa Pulse will be focused on nailing the crucial moments when tackling Waikato Bay of Plenty Magic in Round 4 of ANZ Premiership netball action in Hamilton on Sunday.

In the game of the season to date, the Pulse did a lot of things right against the defending champion Northern Mystics in their last outing, having the spoils in their grasp before a succession of turnovers cost them dearly during a tumultuous final quarter.

Losing by six the first time the two teams met two weeks ago and then staying right in the contest throughout to eventually lose by one in the second clash, left the Pulse with mixed emotions – including some harsh lessons – heading into their second encounter with the Magic this season.

``It was really pleasing to have closed the gap and got into a position to compete but equally aware that we were in a position to not just compete but win it and we let that slip,’’ Pulse coach Yvette McCausland-Durie said.

Following a handsome 16-goal win two weeks ago, McCausland-Durie, is expecting to come up against an entirely different Magic line-up on Sunday.

``And that’s the key, being mindful every week of different personnel and take it for what it is,’’ she said.

``But by and large, the only thing you can really manage is your own improvement and your own performance and for us that’s the biggest focus. Can we tidy up the little things that are going to make a difference for us.

``We’ve got a reasonably settled line at the moment, they’ve got to know each other and now it’s about their decision-making under pressure that’s the ultimate challenge.

``That’s the bit they’re disappointed with. They know they can do it but we just didn’t finish it. It wasn’t one person’s error it was a combination of errors and you can’t do that against a team that’s pretty relentless and can score quickly.’’

With five newcomers in the team this season and the addition of late interim replacement player Erikana Pedersen, the Pulse coach is encouraged with the positive steps being made.

``We certainly recognise that Covid has had a bit of an impact physically,’’ she said. ``They were just a little bit off last week. Hopefully, with a bit of freshening up, we’re on the mend again and physically starting to be a in a position to handle more load and continue to build.

``Our challenge is with people still needing load management, it’s just taken a bit of a toll to build their tolerance back up and the physical load required, so that’s probably the biggest thing at the moment.

``We got to a really good position where we could handle back-to-back sessions but at the moment, we’re just having to go back a little bit to go forward again.’’

While it’s still early in the season and taking the disruption all teams have faced into consideration, due to the impact of Covid, McCausland-Durie felt the overall standard of play after three rounds, was lacking consistency.

``You can see week-to-week teams are different, and so there’s still a lot of settling in that has to take place and I guess that was what I was quite pleased about with us, we were able to take our whole group pretty much through the 60 minutes (of play), and that’s really important in terms of building the loads,’’ she said.

``That will build consistency and other teams will find that over time as well. It’s been patchy….we’ve felt patchy and it’s been that way across the board. Teams will want more consistency but that only comes when you can keep lines together and when you can build during the week and nobody has had that opportunity yet.

``It has shown from everybody that they haven’t had that consistency of personnel and that reflects in performance.’’