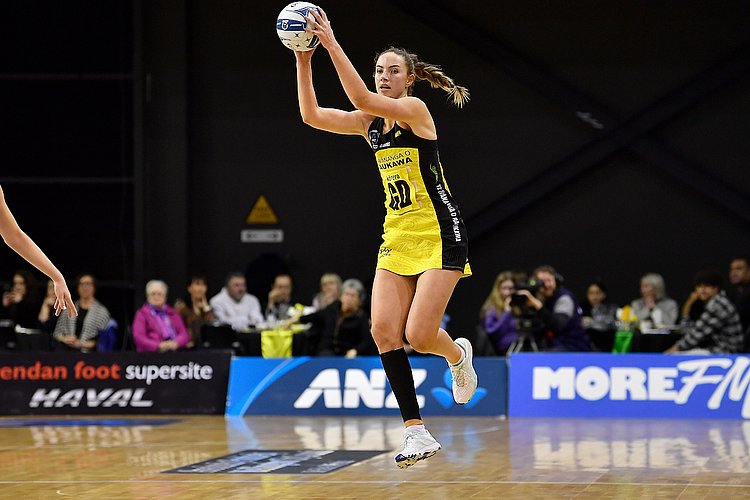 Not for the first time, Te Wānanga o Raukawa Pulse came agonisingly close before being pipped 59-57 by the Southern Steel as they delivered an absorbing contest to end their season in Invercargill on Saturday.

The Pulse kept the Steel honest throughout and had their opportunities to press for the win but in a familiar occurrence through the season couldn’t muster the final breakthrough moments.

In their last hurrah for 2021, the Pulse put in a terrific challenge with shooters Aliyah Dunn (36 from 39) and Te Amo Amaru Tibble (21 from 21) doing their bit under the hoop as the team stayed in close range of their opponents through the 60 minutes.

A Kelly Jury intercept in the first two minutes of the final quarter, opened the door for the visitors to take the lead for the first time. But that was quickly overshadowed at the other end by Te Huinga Reo Selby-Rickity who played a forceful hand in helping the Steel avert danger.

The experienced defender gave the Steel the impetus to regain control and forge a six-goal lead before another late charge by the gallant Pulse came too late as the defending champions were once again left with a feeling of what might have been after posting a record eighth ANZ Premiership bonus point loss.

``That’s been the story of our season, really,’’ Pulse captain Claire Kersten said. ``Things get away from us, then we have a fightback and end up with a bonus point.

``There have been great moments in virtually every game, it’s just the consistency and we’ve struggled with that all year, of putting it together quarter by quarter and then backing up game by game.

``It’s always heartening to see that we can fight back but frustrating at the same time that we put ourselves in that position to begin with.

``We’ve had five people debut for the Pulse, four make their ANZ Premiership debut, so that’s massive and it’s important to acknowledge there has been some good stuff and it hasn’t all been doom and gloom despite our results record.’’

Both sides were a model of accuracy in a goal-for-goal start to proceedings, the pair’s attacking lines providing a seamless transition to respective shooters George Fisher and Dunn.

There was little on offer for the defenders, the first turnover taking until halfway through the opening stanza as the Steel’s more threatening attack and defensive gains helped the home side gain a slight edge.

Steel captain Shannon Saunders was successful in firing in long-range feeds to Fisher while wing defence Renee Savai’inaea was a constant thorn in the Pulse’s attacking raids.

Showing more flow and with slightly more possession, it was the home side who headed to the first break with a 17-14 lead after a high-scoring opening.

The Pulse acted decisively with lanky defender Jury moving back to goalkeeper and Paris Lokotui coming off the bench into goal defence on the resumption. The changes had immediate effect with the visitor’s providing a staunch line of defensive resistance while picking off crucial turnovers.

With the Steel forced to work harder on attack, the contest tightened considerably, the Pulse closing to within one on numerous occasions but failing to take full advantage of their opportunities.

There was plenty of nip and tuck, Sarahpheinna Woulf taking over from defender Selby-Rickit with the ploy of adding extra squeeze on the visiting shooters.

At the other end, the prolific Fisher continued her outstanding season with a perfect first half return of 23 from 23 to steer the home side to a 32-29 lead at the main break.

Selby-Rickit returned for the second half for the home side while the Pulse’s Maddy Gordon (centre) and Kersten (wing defence) swapped positions in what became an increasingly willing contest.

Both sets of in-circle defenders made the shooters work hard for their keep, improved feeding from the Pulse helping the visitors draw within one early in the piece. In a classic tug of war, the Steel refused to relinquish their lead while the Pulse refused to go away.

Rising to the occasion, centre Kate Heffernan proved the player of the moment in three instances, snaffling key turnover ball to keep the Pulse at bay when helping her team take a 46-44 lead at the last turn with the game still wide open.