Pre-season opener for Pulse against Magic in Napier 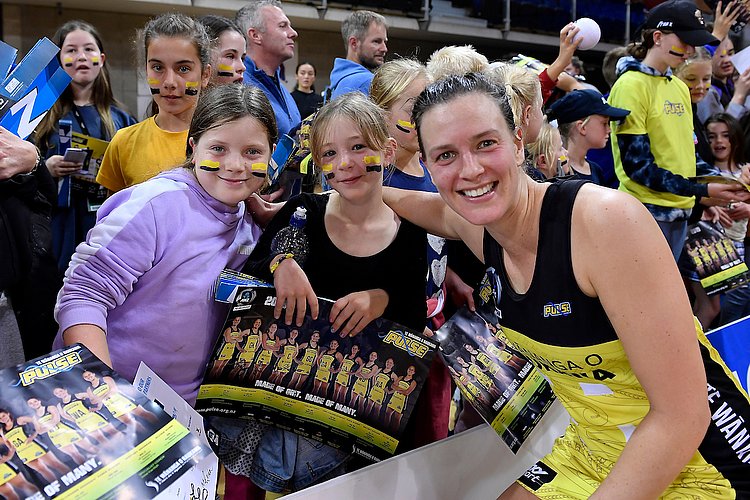 The Pulse will have a full roster available for Napier after regaining their Silver Ferns from Constellation Cup duty with new coach Gail Parata keen to test the waters against another ANZ rival.

``It’s great that our first pre-season game is being staged within the Zone and we’re looking forward to engaging with the Hawke’s Bay community while also providing the opportunity for our supporters there to see our players in action,’’ she said.

With 3 – 4 sessions a week over the previous seven weeks, plenty of grunt has gone into getting the players in shape and now the focus is more on the finesse and court craft side of the equation.

Parata takes over at the helm of the back-to-back champions with a strong core of returning players but also with some gaps to plug.

With stalwart Katrina Rore expecting her first child and Karin Burger departing for the Tactix, the Pulse have lost an experienced chunk of their defensive line. However, the return of accomplished midcourter Whitney Souness to the fold, where she will team up with the slick shooting duo of Ameliaranne Ekenasio and Aliyah Dunn as well as fellow influential midcourters Claire Kersten and Maddy Gordon, there’s plenty of potency at hand for Parata.

``In the lead-up to our pre-season games we’ll be focussing on combinations, strategies and tactics before putting them to the test against the Magic,’’ Parata said.

``In that match, the first thing I would like to see is for players to put their hands up and say, `pick me coach I want that position’.

``I look at our front attack and they are more familiar with each other but we’ve obviously lost two key players at the defensive end, so we’ve got to work out who’s our strongest combination at that end. By the time we get to Napier we should hopefully see a combination or two come out and show us what they’ve got.’’

There is an excited buzz of anticipation in Hawke’s Bay for the Pulse’s first visit to the region since 2016.
``With the easy access and affordability on offer, this is a fantastic opportunity for the Hawke’s Bay community to come out and see some of our country’s top players in action live while also being able to involve them in some community initiatives,’’ Hawke’s Bay Netball general manager Tina Arlidge said.

A local tournament is being run on the day of the match at the Hastings Sports Park and the Pulse team will be actively involved during the morning. The following day they will be on hand for a junior player’s initiative.

Delighted to be the host venue, Pettigrew Green Arena was instrumental in getting the game up and running.

"It is a privilege to bring the Pulse to Hawke’s Bay and we hope this is the beginning of a return of more regular visits by the franchise,’’ venue chairman, Craig Waterhouse said.

The match will be played at Pettigrew Green Arena in Taradale at 7pm on Saturday, March 13. Tickets are available from www.ticketek.co.nz – adults $25, children $15.