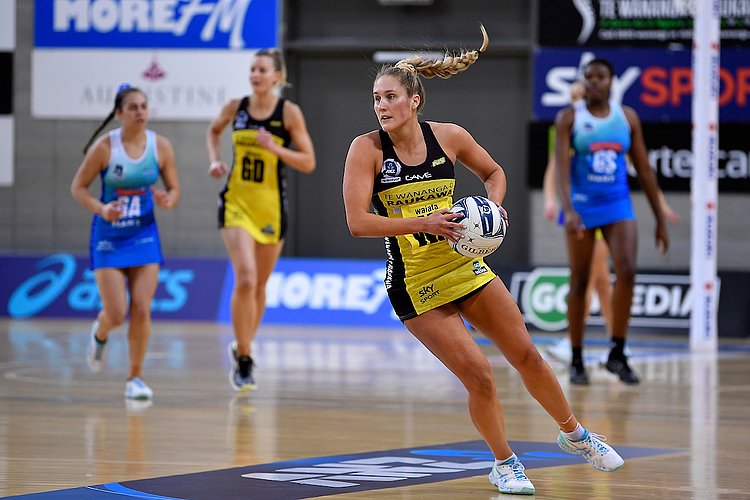 Assuming the role of wing attack for the first time in her young career this season, Gordon, 20, needed no second invitation, revelling in the responsibility while helping steer the Pulse ship to back-to-back titles on Sunday.

Fleet of foot and equally adept with her attacking and defensive skills, Gordon is the only newcomer named in the 16-strong 2020-21 Silver Ferns squad.

The Pulse have been rewarded for their commanding form this season after clinching the Grand Final 43-31 against the Tactix with incumbents Ameliaranne Ekenasio, who will continue as Silver Ferns captain, stalwart Katrina Rore and Karin Burger retaining their spots, while Claire Kersten and Kelly Jury earn recalls.

Shooter Aliyah Dunn has been named in the Silver Ferns Development squad.

A bundle of energy and enthusiasm, Gordon, was for once a little lost for words and more pleased for her team-mates.

``This is just crazy and I was not expecting it all,’’ she said. ``But so happy, obviously. It is really still sinking in and I feel like I’m still dreaming it. It’s so good about all the other Pulse players and I’m so stoked for Claire.’’

There was universal joy for the hard-working and ever-reliable Kersten, 31, who has had an outstanding season in the heart of the Pulse engine room. Ever-reliable and the consummate team player, Kersten has nine international caps, after making her debut in 2017 but has not featured at international level since 2018.

``If I’m being honest, I’m a bit surprised and didn’t really see it coming but I’ll definitely take it,’’ said schoolteacher Kersten, who was back in the classroom today.

``It’s been a while since I’ve been in that environment. I thought I’d maybe done my dash there so I’m pretty stoked. There’s still lots that I can improve on and get better at and this gives me confidence that there are some positive elements in my game.

``And it’s so great to see someone like Maddy (Gordon), who’s gone from spending most of her time sitting on the bench last year, to having the season that she’s had and getting rewarded for it, is amazing.’’

Beset by injury over the last couple of years, 1.92m defender Jury, has also returned to impressive form after making the Pulse her home this year and playing without injury constraints.

``I’ve just been so excited over the last couple of days. We got the result we wanted in the Grand Final and I’m now pretty stoked to be back in the Silver Ferns mix,’’ she said.

Jury, 23, was a key member of the World Youth Cup-winning NZU21 team in 2017, going on to make her Silver Ferns debut the same year and touted as having a big future. She earned 22 international caps before injury derailed her progress.

``I definitely hoped that it would happen this quickly,’’ she said of her return to the elite level squad. ``I’ve worked really hard to get back in there. I’ve felt very supported here at the Pulse with my comeback and I’ve just thrived in this environment.’’