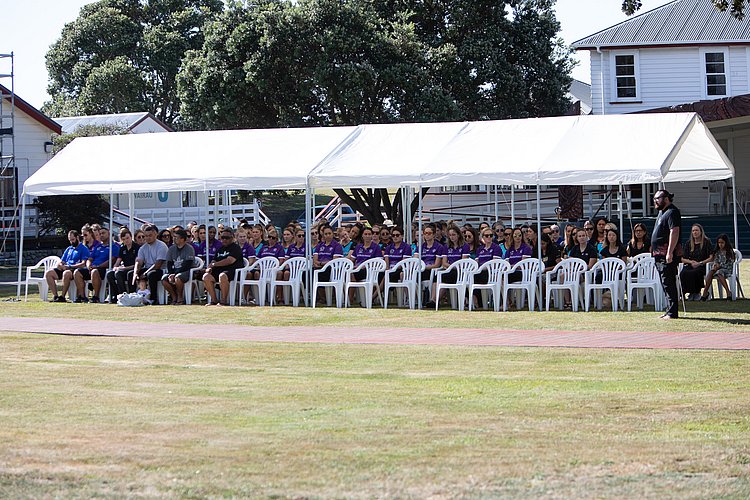 Fine-tuning will be the staple focus for all teams when they assemble for the fifth edition of the Te Wānanga o Raukawa hosted ANZ Premiership pre-season netball tournament in Ōtaki on March 26 – 28.

The popular tournament, which involves 11 games over three days, is both important and special on a number of fronts for Kelly Jury, now the senior pro in a new-look Te Wānanga o Raukawa Pulse defence line.

``It’s pretty much our last hit-out before we get into real competition mode, so it’s a last chance to consolidate combos and see how we match up against other teams,’’ she said.

``It’s also an awesome experience because it’s not an everyday thing, in that we stay on the marae plus we stay with all the other girls in the ANZ Premiership. It’s a great way to get to know each other off the court as opposed to knowing each so well on the court which makes it a little bit special as well.’’

In a unique experience, all six teams – Pulse, Northern Mystics, Northern Stars, WBoP Magic, Tactix and Southern Steel, including management, officials and umpires (numbering over 200) – will be accommodated at the Te Wānanga o Raukawa campus in Ōtaki, north of Wellington, for four days.

All matches will be played at the Māori Tertiary Education provider’s health and fitness facility, Ngā Purapura with time for all involved to embrace and enjoy the special significance of the cultural engagement which includes a pōwhiri for all teams and officials, cultural activities and living together on the marae.

``It has become a feature on the calendar for the Ōtaki township and is a special time where we get to welcome high performance athletes to our small community. It’s great for our young aspiring players as well as the wider netball community.

``We see this as a unique experience for players, not just New Zealanders, but also the import players and we appreciate the way in which they embrace the language and the culture when they’re with us.’’

There is a mutually shared enjoyment of what is on offer over the weekend, Stars coach Kiri Wills describing it as the highlight of the pre-season for her team.

``You get to have a good hard look at all the other teams ahead of the start to the season and it’s also just the way in which Te Wānanga o Raukawa host everybody,’’ she said.

``I really like their kaupapa (values), the way that they induct everybody in and you get a clear understanding of what they’re about which is looking after people.

``It’s really nice and I know that the players we take with us absolutely love it. They love the experience and they come away feeling better not just as netballers but as people because it’s quite unique to netball.’’

The games will be live-streamed on the Pulse Facebook page with Sky Sport also providing coverage.

Media Advisory: Any media/photographers wishing to attend the event will need to register on site.